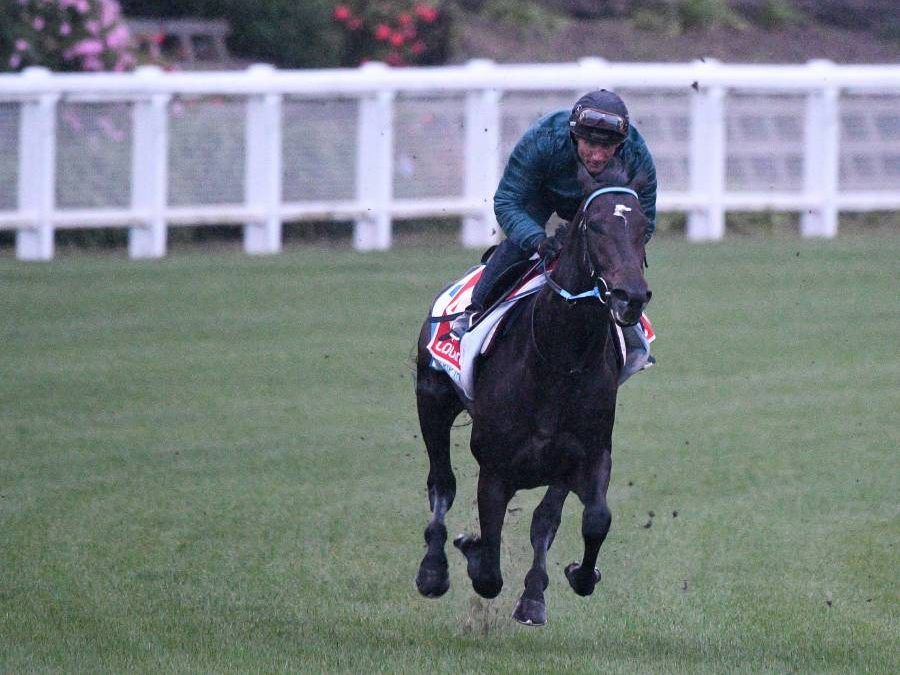 Story by Andrew Eddy for racing.com:

The long wait for the Australian debut of Gold Trip is finally nearing an end with the highly-regarded import set to run in Saturday’s listed Winter Challenge (1500m) at Randwick.

Gold Trip was one of 16 entries taken on Monday for Saturday’s race, where the import will finally have his first run in this country after aborted preparations last spring and in the autumn.

“We’re looking forward to seeing him at the races that’s for sure so he’ll kick-off there on Saturday and we’ll see where we are at,” Jamie Lovett of Australian Bloodstock said on Monday.

Gold Trip came out to Melbourne last spring but was scratched by industry vets 24 hours before the Cox Plate due to lameness issues. He was then prepared for an autumn campaign in Sydney before a foot abscess again sent him to the paddock.

The fourth placegetter in the 2020 Prix de l’Arc de Triomphe, Gold Trip completed his preparation for his return at Albury last week when he passed a mandatory NSW veterinary check following a second placing in a 900-metre trial.

Lovett said Saturday’s Winter Challenge would prove too short at 1500 metres, but he said it was a crucial run for the horse.

“I am not thinking he’ll just go there and win as its well short of his best distance, but we’re looking for him being very strong late and hopefully get an idea where we are heading going forward,” Lovett said.

“I think he’s a high-quality horse and I expect him to show that. It’s been pretty tough having him on the sidelines so we’re really keen to get him going.

“If he races up to the horse we think he is, there’s the Cox Plate and the Melbourne Cup to consider depending on what weight he’d get.

There are likely to be two sets of the Australian Bloodstock colours of royal blue and white as 2021 All Star Mile champion Mugatoo is poised to make his return to the track after more than 12 months off.

“There’s a bit of rain predicted here during the week so that’s good for both horses And I know Kris (Lees, the trainer) is keen to run him,” Lovett said.