Goldstream gets on the board at Flemington 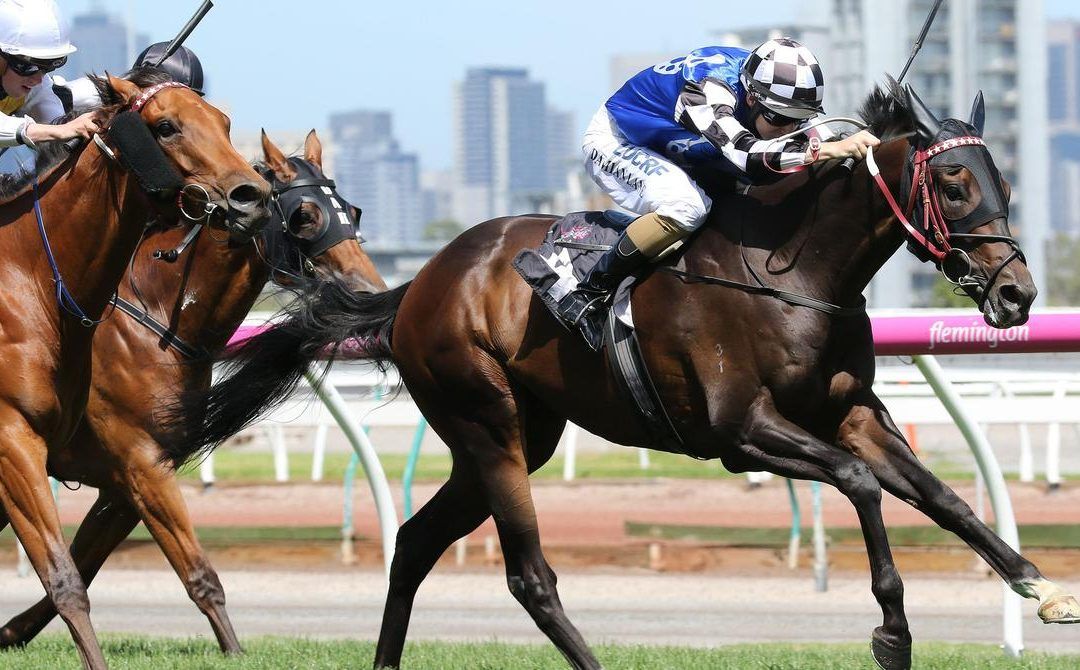 After a successful career in Italy, Goldstream has finally broken through for his first Australian win at Flemington.

The winner of the 2015 Italian Derby, Goldstream came to Australia with high expectations for Australian Bloodstock and Newcastle trainer Kris Lees.

After three runs last autumn, Goldstream was transferred to Darren Weir who said the five-year-old was a work in progress.

The hard work paid off on Saturday when Goldstream led throughout to win the Bitalli Handicap over 2000m.

“Emma, his strapper, rides him in all his work and in the last three weeks, just before his last run, he started to settle a bit better.

“Since his last run through to today she’s got him going beautifully with his head down.

“The plan wasn’t to lead but there didn’t look to be a lot of speed in the race so we wanted to to be in the first four, but when he came across and settled you knew he was always going to run well.”

Saturday’s victory was Goldstream’s fourth start since joining Weir’s yard and the trainer said the Launceston Cup (2400m) on February 22 was likely to be the gelding’s immediate target.