Goldstream ready for Group I debut in Australia 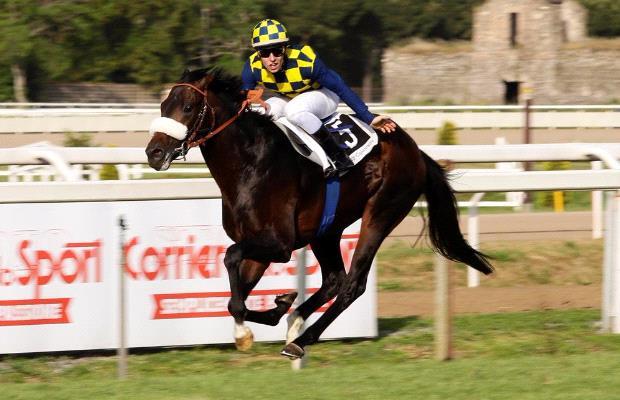 Newcastle trainer Kris Lees will chase another feature race success on Saturday when his new addition Goldstream makes his Australian debut in the $600,000 Group I All Aged Stakes (1400m) at Randwick.

Goldstream is one of the most highly credentialed imports to have made its way into the trainer’s Broadmeadow stables.

Acquired by Australian Bloodstock, Goldstream arrived on Australian shores the winner of five of his seven starts which includes victories in the Group II German Derby and Listed Botticelli Stakes in Italy.

“He acclimatising really well but I’m mindful that being from the Northern Hemisphere he’s only just turned four so he’s giving away six months in age against the other four-year-old in the race Malaguerra and they’ve got the same weight,” Lees said.

“He still looks a bit of a baby and I think he’ll be a different horse in the spring. There’s still a bit of growing to come I’d say.”

“I was going to run him in the Newcastle Newmarket but he drew the outside barrier on the inside track,” Lees said.

“I scratched him the day before the race then they were called off and because of a rule, he couldn’t be added back into the field when they moved the race to Rosehill.

“Then there wasn’t another race I deemed suitable to kick him off in so he’s been ready to go for a few weeks and I’ve been really happy with how he’s progressed in the last few weeks so we decided to have a crack at the All Aged and see what happens.

“Saturday will give us a guide looking to the future.”

“He may have one or two runs then put him away for the spring. That’s my first thought,” he said. “I’m looking at races like the Hawkesbury Cup, maybe the Scone Cup or maybe the Hollindale.

“Obviously the Doomben Cup is after the Hollindale but I’m mindful with these foreigners not to go too far in their first prep.

“I’ve done it before and they’ve done really well but I don’t know that I got the same the next prep and I do think this horse will be a better horse next time through.

“I think this horse has a lot of improvement in him both physically and race wise.”

Brenton Avdulla will partner Goldstream, a $13 chance on Saturday.