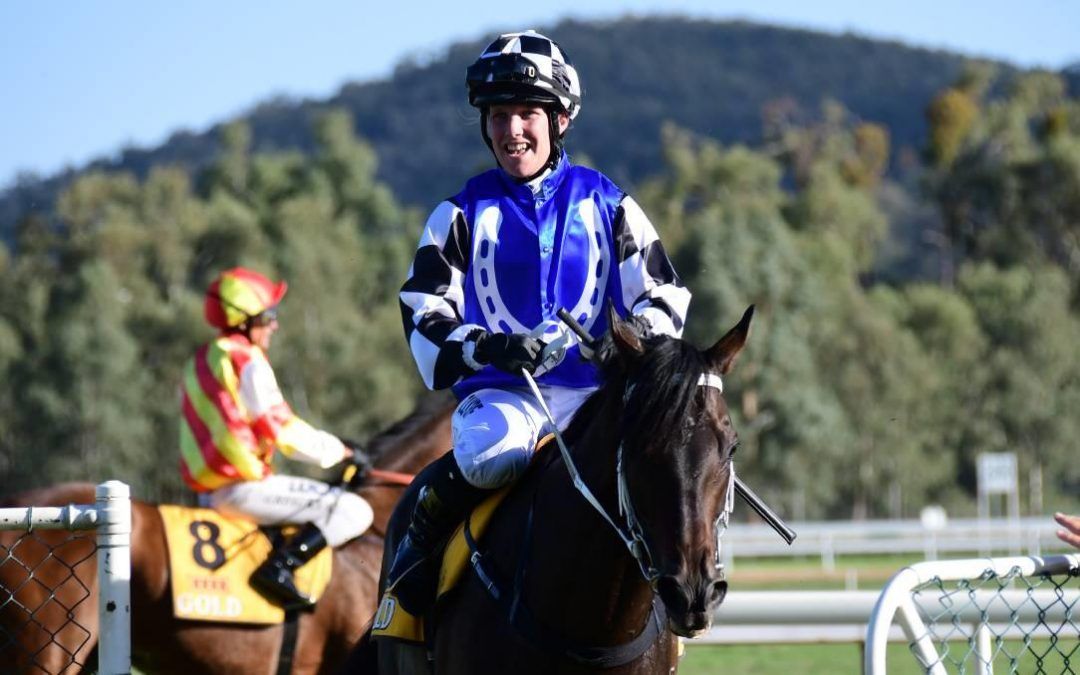 He may not have won Saturday’s Country Championships Final but the $100,000 Wellington Cup was a welcome consolation for Cody Morgan and his team on Sunday.

The Tamworth trainer wasn’t on hand at Wellington Race Club, having had Unbiased finish sixth in the $500,000 event at Royal Randwick a day prior, but he would no doubt have been celebrating as $21 chance Goldstream took out the Ian Giffin Wellington Cup (1700m) feature event in thrilling fashion.

“They’ll be happy at home,” Brent Evens, representing the Morgan stable, said after the win.

Goldstream’s recent form may not have been too eye-catching, but Evans said it had all been about development and building momentum in recent times.

The seven-year-old gelding, raced by Australian Bloodstock, finished ninth in the listed Members’ Cup at Doomben two starts back before finishing ninth again in the Muswellbrook Cup last time out.

The gelding peaked at the right time on Sunday though, jockey Samantha Clenton coming from last and timing her run to perfection.

Clenton and Goldstream skirted around the field when going down the hill for home, and when they entered the straight there was only clear air in front of them.

Goldstream pushed to the lead and then held off gallant hometown hope Potent Force ($7.50) in a photo finish, while Bjorn Baker’s Vega ($4.20) was only half a length back in third.

“He’s been a pretty good horse and has taken a long time to get right,” Evans said.

“Cody has brought him down backing up after Muswellbrook and his work has been super. We were quite confident coming here.”

The back-to-back ninth-placed finishes in high-profile events were of no concern for Morgan, Evans, and the team.

“It was positive going forward, that’s what we were looking for from that last run,” Evans said.

“We thought he’d take it onboard and only improve, which he has.”

Clenton settled down last shortly after the race jumped, while James Innes Jnr got away well from the widest gate with Gai Waterhouse and Adrian Bott-trained $2.50 favourite Chocalatier

After winning the Bathurst Cup last time out there was plenty of interest around Chocalatier, and he sat third outside of Sarasota Bay ($18) and Tinkermosa ($7) after getting across early on.

Tinkermosa and Chocalatier then went stride-for-stride at the front down the back straight and led the field into the straight, while Clenton had made her move around the outside.

The leaders began to fade and Goldstream took the lead while Potent Force and Vega continued to fight.

But they just couldn’t get there as Morgan’s gelding made it eight wins in 29 starts.

“Sammy rode him a treat, just got a nice suck through and she couldn’t have rode him better,” Evan said.