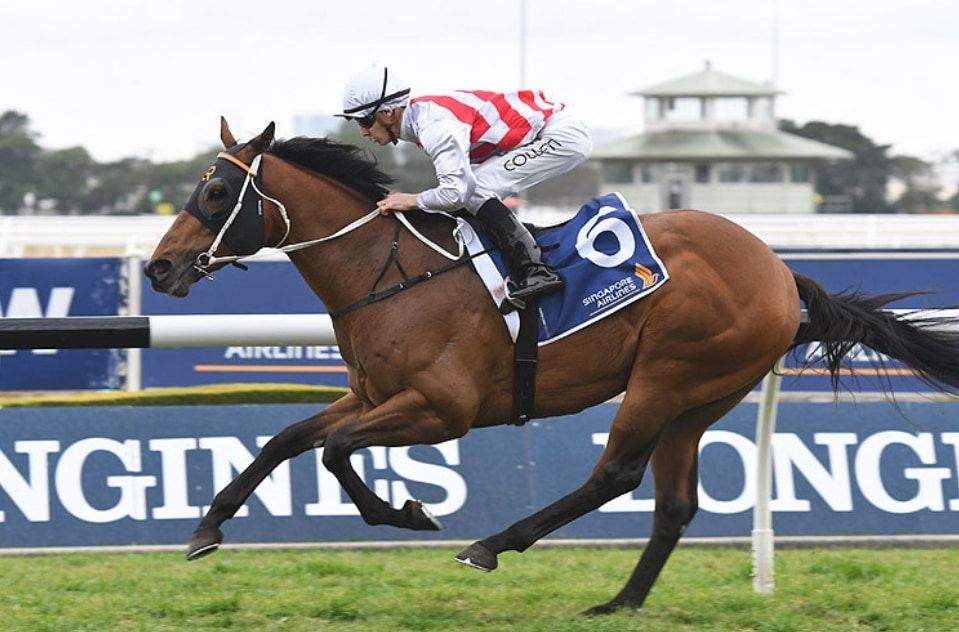 Graff’s (Star Witness) stud future has been secured with the Group 3 winning and Group 1 placed sprinter purchased by a partnership between Aquis and Australian Bloodstock, with an agreement he will stand at Aquis at the conclusion of his racing career.

Aquis and Australian Bloodstock have already worked together to stand Group 1 winning sprinter Brave Smash (Jpn), who had an opening book of 122 mares in the Hunter Valley in 2019.

Graff will continue to be trained by Kris Lees and had been previously raced by Alan Bell, winning three of his 13 starts, including his victory in the G3 San Domenico S. in 2018.

He was also placed in the G1 Golden Rose S. as a 3-year-old and the new connections will aim for what would be a valuable Group 1 victory in the Galaxy H. on March 28 first-up.

“We were delighted to secure Graff recently with the backing of some of our most loyal clients and breeders. He is a proven Group 1 horse and we are confident that he will retire a Group 1 winner,” Australian Bloodstock’s Jamie Lovett said.

“He will be sought after by breeders when he retires, and we were very keen to have Aquis involved in partnership from the outset, as we have seen first-hand the support Aquis have attracted for our Group 1 sprinter in Brave Smash.”

“We were delighted to secure Graff recently with the backing of some of our most loyal clients and breeders.” – Jamie Lovett

Aquis Managing Director Shane McGrath was equally as pleased with the deal which will see the burgeoning operation add to its substantial three-state stallion offering in Australia.

“As an unbeaten 2-year-old, an explosive Group 3 winner and multiple Group 1 placed sprinter, the future prospects for Graff are very exciting, not just on the track as he targets Group 1 races, but also when he retires to stud.”

Graff was foaled and raised at Widden Stud and purchased by Bell for $200,000 at the 2017 Magic Millions Gold Coast Yearling Sale. He is out of the Group 3 winner Dinkum Diamond (Keep The Faith), who has also produced the stakes-placed Steel Diamond (Star Witness).

The son of multiple Group 1 winner Star Witness began his career with a pair of 2-year-old wins before winning the San Domenico at Rosehill at his third start. Placings in the G2 Run To the Rose and G1 Golden Rose followed before he was a very creditable fifth behind Redzel (Snitzel) in the 2018 Everest.

Graff was foaled and raised at Widden Stud before being sold for $200,000 as a yearling

He resumed with a close-up fourth, beaten less than a length in the 2019 Lightning S., before finishing fourth again in a blanket finish in the G1 Newmarket H.

He was also close-up with a third and then two fourths in his first three runs as a 4-year-old in the G3 Concorde S., G2 Shorts and G2 Premiere S.

He has earned over $1.1 million, the most of any of son of Star Witness.

Widden-based Star Witness currently only has one other son at stud in Australia, Vinery Stud’s Star Turn.

This story originated from tdnausnz.com.au