Green Light Given For Our German String 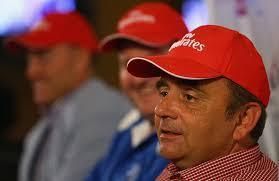 Equine exports from Germany were banned in November last year after a showjumper tested positive to the life-threatening disease glanders, which occurs mainly in horses, mules and donkeys but can spread to humans and other animals.

The ban was in place for the mandatory six-month period but the Australian Quarantine and Inspection Service has announced German horses will be able to enter Australia after July 30.

The lifting of the ban was especially important to Melbourne Cup-winning syndicator Australian Bloodstock, which has three horses waiting to travel from Germany to Australia for the spring.

Australian Bloodstock co-founder Luke Murrell said the delay had forced him to consider alternative options for the horses but the preference was to run them in Australia.

“We had a bit of a back-up plan where we were going to run in other races around the world but we’re all Aussies and naturally, we all want to run in the good Aussie races,” Murrell said.

“It was just a drama that we didn’t need and to be able to get them out here is a bit of a relief.”

The lifting of the travel ban means Australian Bloodstock purchase Singing, who ran second to Melbourne Cup winner Protectionist in last year’s Group II Hansa-Preis (2400m), will be able to arrive in Australia early to prepare for the Caulfield Cup.

Murrell said Australian Bloodstock’s other recent high-profile purchase, the Italian Derby winner Goldstream, would probably head to the US for the Grade 1 Arlington Million in three weeks before travelling to Australia for the spring.