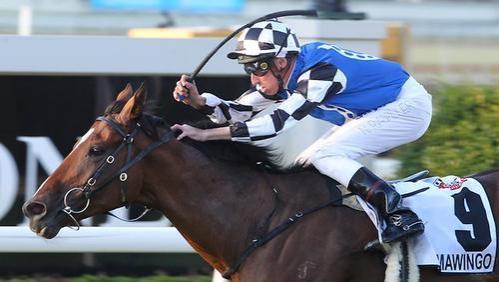 GERMAN import Mawingo has survived a protest to win the Group 1 Doomben Cup, denying the Peter Moody stable, which provided the minor placegetters Lights Of Heaven and Manighar.

Manighar’s jockey Luke Nolen fired in a protest against Mawingo for interference suffered on the first turn, where Nash Rawiller crossed in front of him.
In the end, stewards deemed the near two length margin was too much to change the placings.
The result saved bookmakers a massive payout on Manighar, who had been backed from $2.70 to $1.70 this week.
Mawingo, like rising star Lucas Cranach, was purchased out of Germany as a tried horse by Australian Bloodstock.
The win gives Anthony Freedman his first Group 1 win as a trainer in his own right.
Nash Rawiller rates Mawingo a genuine Cups prospect in the spring.