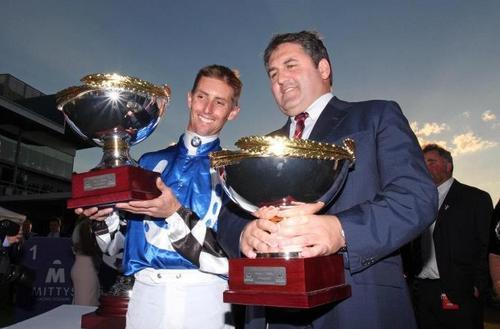 Australian Bloodstock have formed a Group wining combination in recent months with Melbourne’s leading trainer Anthony Freedman and leading jockey Nash Rawiller. After taking over the reins on Lucas Cranach and going on to win the Group 2 St George at Caulfield we were on target for the Group 1 Australia Cup and BMW. Lucklessly scratched on the eve of the Australia Cup as a firm favourite our spirits were buoyed by our lastest import Mawingo winning at Flemington on debut.

As fortune would have it Australian Bloodstock, Freedman and Nash were re-united on Saturday to impressively take out the Group 1 Doomben Cup with our lastest German Group winning sensation Mawingo. All going well both stallions will feature prominantly over the Melbourne Spring Carnival, and will target the Caulfield & Melbourne Cups as well as the Cox Plate !