Hathras Limbering Up For Spring 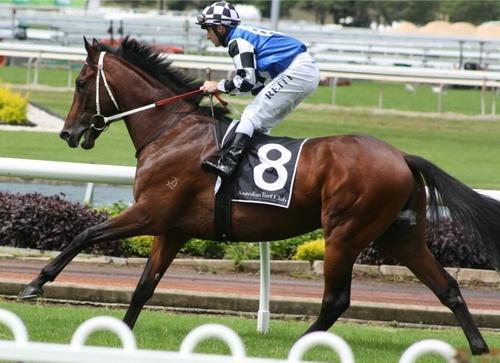 “The trial was only 900m, so naturally I wasn’t expecting him to win, Lees said today.

“But he finished off well and Andrew said the horse gave him a good feel.

“He will be ready to go back to the races in a few weeks.”

Lees has earmarked Randwick on August 10 for Hathras’ resumption. He will then run in the Listed Premier’s Cup (1800m) at Rosehill Gardens on August 31 en route to the Group 3 Newcastle Gold Cup (2300m) on his home track on September 19.

Both Lees and Hathras’ Australian Bloodstock syndicate of owners are hoping his form in those races will be good enough to chase bigger “fish” in the spring.

Hathras is a rising five-year-old by Dansili and Lees says the horse did well during his break and is coming along nicely in his training.

The import won successive races last autumn over 1800m at Rosehill and 2200m at Warwick Farm on March 2 and 21 respectively. He then took on weight-for-age company and wasn’t disgraced when seventh in the Group 1 The BMW (2400m) at Rosehill on April 6.

Connections aborted a Sydney Cup tilt after Hathras backed up a week later in the Group 2 Chairman’s Handicap (2600m) at Randwick and finished sixth after being heavily backed. He was then spelled.