Hathras To Head To BMW 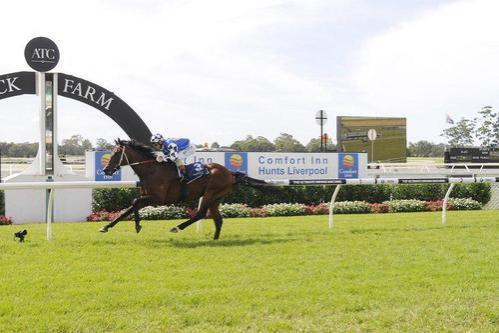 WARWICK FARM, Thursday, March 21, 2013 – In-form trainer Kris Lees is giving serious consideration to “having a throw at the stumps” with his promising stayer Hathras after the import trounced an inferior field in the Hunts Comfort Inn Handicap (2200m) at Warwick Farm on Thursday.

Lees conceded Hathras only beat “an average lot” but he said he was encouraged by the figures returned by the son of Dansili when winning as he liked by nine lengths.

“I wanted him to have a test and he did,” he said. “He had to do all the work and the time was good.

“Christian (Reith) said ‘he was floating to the line’ and ‘give him something to chase and you’ll see a different horse again’.”

Lees said Saturday week’s NE Manion Cup over 2400 metres is the “logical option” for Hathras but he is weighing up waiting another week and taking on the best stayers around in the $2.25 million The BMW (2400m) at weight-for-age.

“These sort of horses are bought with the big spring races in mind,” he said. “Ideally you want to qualify them as quickly as possible so if they’re good enough you can program them in the spring to give yourself every chance.

“The Manion qualifies him but he’d be better served running second or third in a BMW. He earns a lot more prizemoney and it would boost his rating more as well.

“I also think the extra week will benefit him and history says the BMW can fall away too.