Hong Kong On Radar For Mawingo 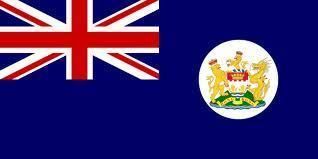 Mawingo only arrived in Singapore a week ago, and had been struggling to acclimatise before running out of his skin behind Hong Kong duo Military Attack and Dan Excel on Sunday night.

Connections of the horse decide to ship him off to Singapore after going in winless in five runs over the Melbourne and Sydney autumn in Australia.

He landed in Singapore a week ago with Krisflyer second placegetter Bel Sprinter , but hadn’t been eating sufficiently all week and still left behind some feed overnight before Sunday’s race.

“For a horse that probably hasn’t had the best of weeks since he got here, he’s done a terrific job running third, beaten narrowly into running second in a very hot field,” Freedman said.

“We’ve gone within a whisker of running a clear second to a world-class 2000m horse. It’s onwards and upwards and if he continues on that plane here I’ll be looking forward to taking him to Hong Kong in December, I reckon he’s up to some of those good horses over there.”

Jockey Hugh Bowman, who an hour earlier steered Bel Sprinter to second in the Krisflyer International Sprint (1200m) said it had been Mawingo’s best run in 12 months.

“That was by far his best run under me,” Bowman said