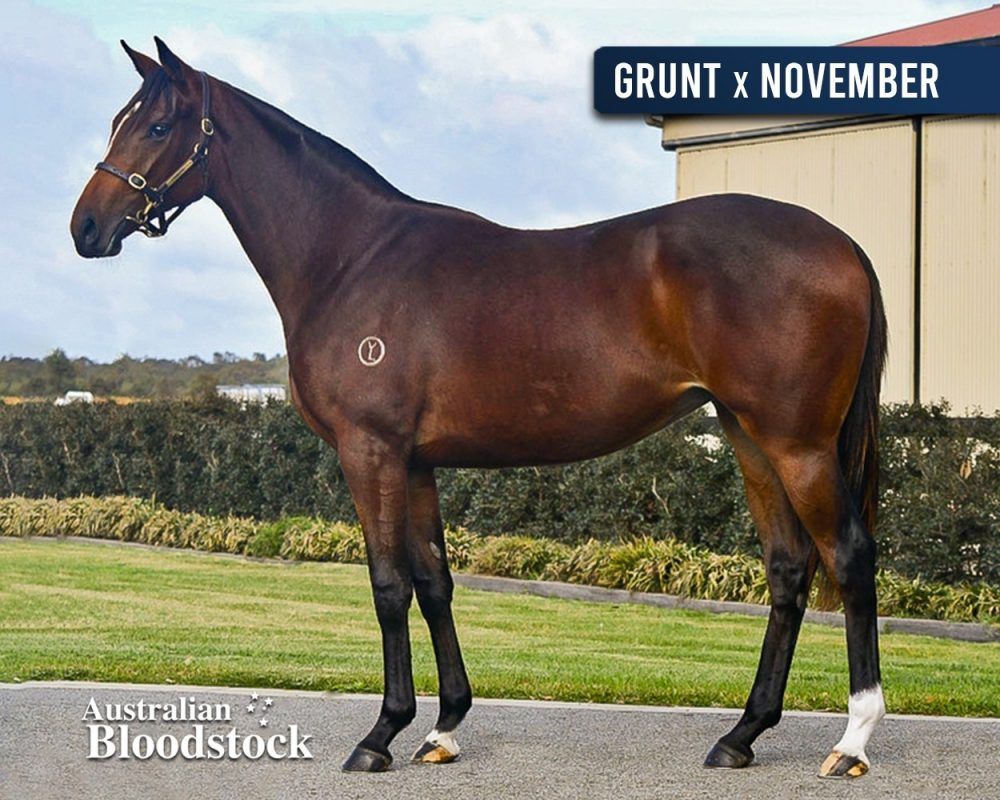 “Was one of the horses we had shortlisted to buy at the recent Magic Millions sale but the vendor had expectations of $100k plus so we left it off our final list.

However with the buyers not being there on the last day of the sale we where able to steal her for the $22,000.” – Luke Murrell

Like all these Grunt’s they are big strong horses and she has a wonderful frame and when she matures and grows into herself she is going to be an absolutely stunner.

She has excellent length and a hip like a colt, coupled with a nice deep girth she comes from an amazing pedigree and at the money we feel we cant go wrong.

Limited tried horses are selling for $40-50k these days and once we give her some time she is going to look an amazing buy.

I’d expect she will be up and racing by this time next year but she certainly is a lovely filly who slipped through the cracks.

A quality filly she will be paid up for the Magic Millions. 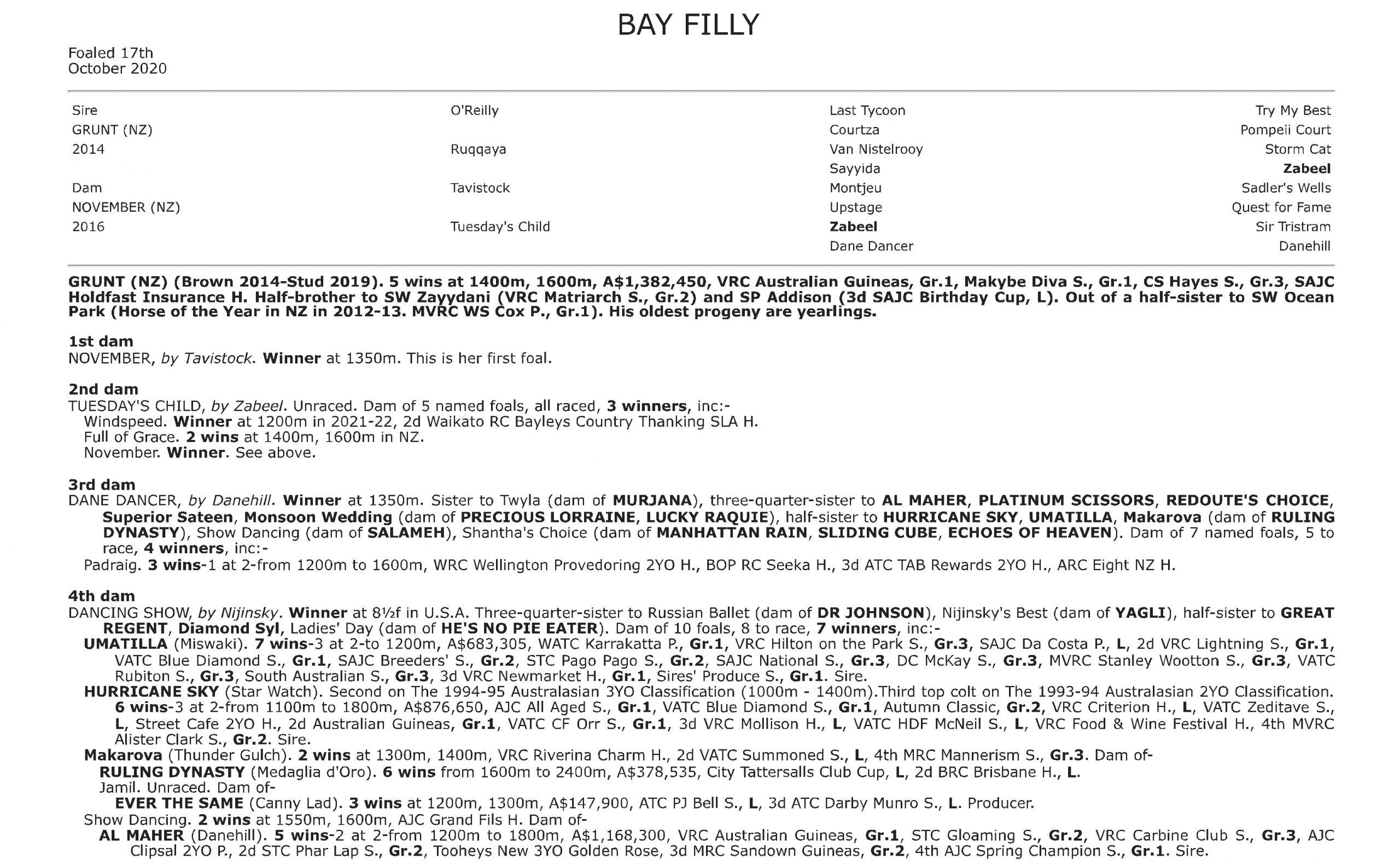 Purchased from the 2016 New Zealand Bloodstock National Yearling Sale for NZ$220,000 by Cameron Cooke Bloodstock and trainer Mick Price, the son of O’Reilly made a quick impression on the track.

Having only the one 2-year-old outing, placing third to eventual Group 1 winner Aloisia, Grunt broke his maiden impressively at the beginning of his second campaign when starting a four-race winning streak. Showing his talent, his third victory was in the Group 3 C S Hayes

This campaign culminated with a tenacious victory in the Group 1 Australian Guineas, in only his fifth career start.

Damien Oliver was effusive in his praise for Grunt post-victory, “he’s a magnificent specimen of a horse and he deserved a really strong Group 1 win like that today.”

Grunt returned as a 4-year-old to impressively win the Group 1 Makybe Diva in 2018 by two lengths at Flemington, beating eight Group 1 winners in the process.

Grunt retired with a Timeform rating of 123 as a 4-year-old, ranking him as elite among his generation. 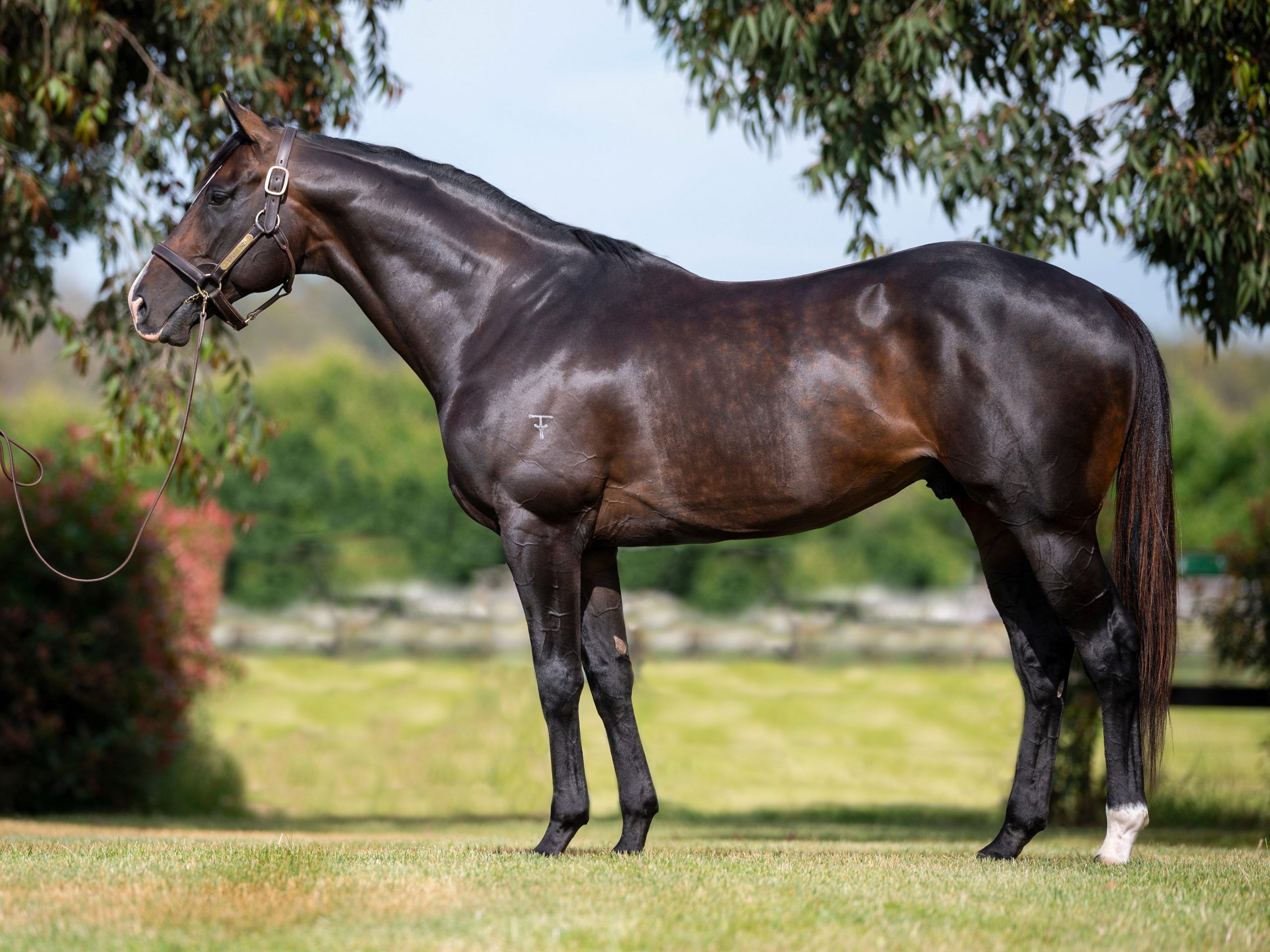