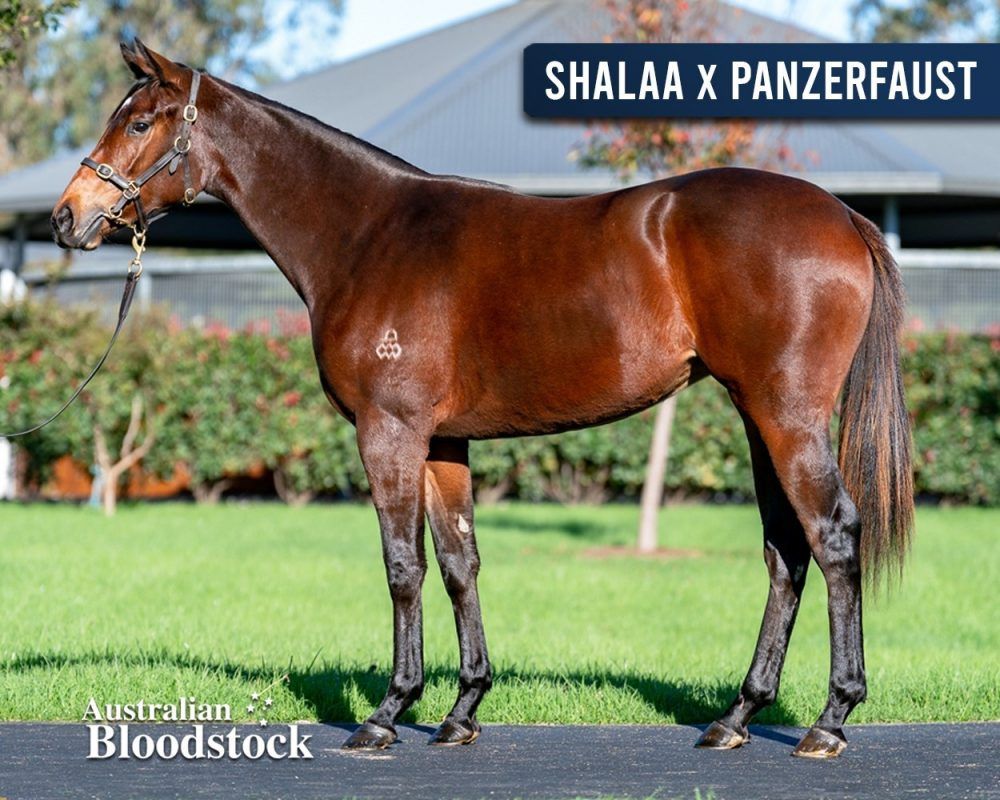 “We current have 2 of the better Shalaa progeny in Australia and given this fillies breeding we had to buy her.

She is a typical late October yearling in that she has plenty of growing to do but she is a nice mover who’s very light on her feet, intelligent and has a pretty head.” – Luke Murrell

Her mother was an excellent racehorse running 4th against the boys in the Gloaming and she also raced early.

We would anticipate this filly will be up and running early next year.

She has some residual value also this filly so is a very easy horse to recommend.

Lots of 2yr olds in this family, she is paid up for the Magic Millions and BOBS!

The top-rated juvenile in England and France in 2015 joined the Arrowfield Stallion roster in 2017 in partnership with Al Shaqab.

Shalaa made an immediate impact in 2020/21 with his first-crop 2YOs headed by dual Group 3 & Magic Millions Classic winner Shaquero, Group-placed fillies Nice For What & Tayla’s Moment & stakes-placed city winner Hunnam. He more than held his own among a dynamic group of First Season Sires to finish fourth on that Premiership with 7 winners and earnings of $1.9 million.

Buyers liked what they saw and paid more than six times his fee for 76 of Shalaa’s second-crop yearlings, including the Shalaa-Honesty Prevails colt purchased for $1.15 million by James Harron at Magic Millions.

Shalaa has fuelled that enthusiasm with 2021 European Group 1 winner No Speak Alexander, and in Australia, debut 2YO stakeswinner Semillion and 12 other winners in the first three months of the 2021/22 season.

Shalaa has received outstanding support from Australasian breeders, serving more than 600 mares in his first four seasons, including 169 in 2020. And his progeny are in the hands of major Australian trainers, among them Hawkes Racing, Ciaron Maher & David Eustace, John O’Shea, Peter & Paul Snowden, Chris Waller and Gai Waterhouse & Adrian Bott.