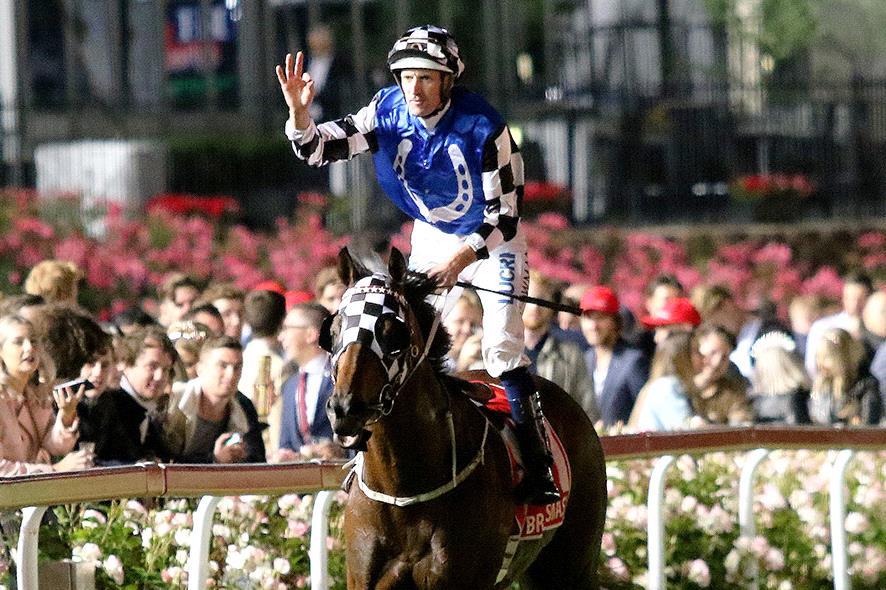 World Champion jockey Hugh Bowman believes he has a realistic chance of adding a feature Dubai Group I win to his impressive international record aboard Brave Smash in Saturday’s Al Quoz Sprint (1200m) at Meydan.

Bowman, who in 2017 was crowned ‘the World’s Best Jockey’ has had a stellar couple of seasons internationally, winning many features in Hong Kong, most recently the Hong Kong Derby with Furore and the 2017 Japan Cup aboard Cheval Grand, which he’ll also partner with in Dubai at the weekend.

Aside from the deeds of Winx, Bowman regards Cheval Grand as the horse that’s given him his greatest moment in the saddle and the horse that has dragged him away from the Sydney autumn carnival for the first time to ride in Dubai.

“It has always clashed with a signature meeting here and it’s why I haven’t been before. I have had opportunities to go, but this year having such a good relationship with Cheval Grand, I thought it was the year to go and forgo my commitments in Sydney,” Bowman said.

“It is something I have always wanted to do.

“He has given me one special moment and we have come close on another couple of occasions.

“He is one of my favourite horses I have ridden in my career. He has been significant for my career and I’m sure he will run his race again on the weekend.

“You can’t compare him to Winx because she just puts anything else out of perspective.

“If you put Winx aside, winning the Japan Cup is by far and away the most significant moment in my career.”

Bowman rides Cheval Grand in the Group I Dubai Sheema Classic (2410m) but believes the Kris Lees-trained Brave Smash is his best chance of adding Dubai to his list of successful international racing jurisdictions.

Lees, who arrived in Dubai on Wednesday, told Racenet his Group I-winning sprinter “is in great order” ahead of Saturday’s weight-for-age sprint where he’s drawn barrier six in the 13 horse field that also includes Australian sprinters Viddora and Illustrious Lad.

“I have got a good feeling about him going over there.,” Bowman said.

“It is probably the weakest race on the card. There is some good opposition there but it is a race if he runs to his best he can win.

“If Brave Smash can bounce off his Newmarket, which I feel he really could he can win.

“He is good horse in all conditions, he has won a Manikato. His run in the Newmarket was there for everyone to see and it took the arguably best sprinter in the country, Sunlight.”

Brave Smash is at $12 to win the Al Quoz Sprint while Cheval Grand is an $11 chance in the Dubai Sheema Classic.