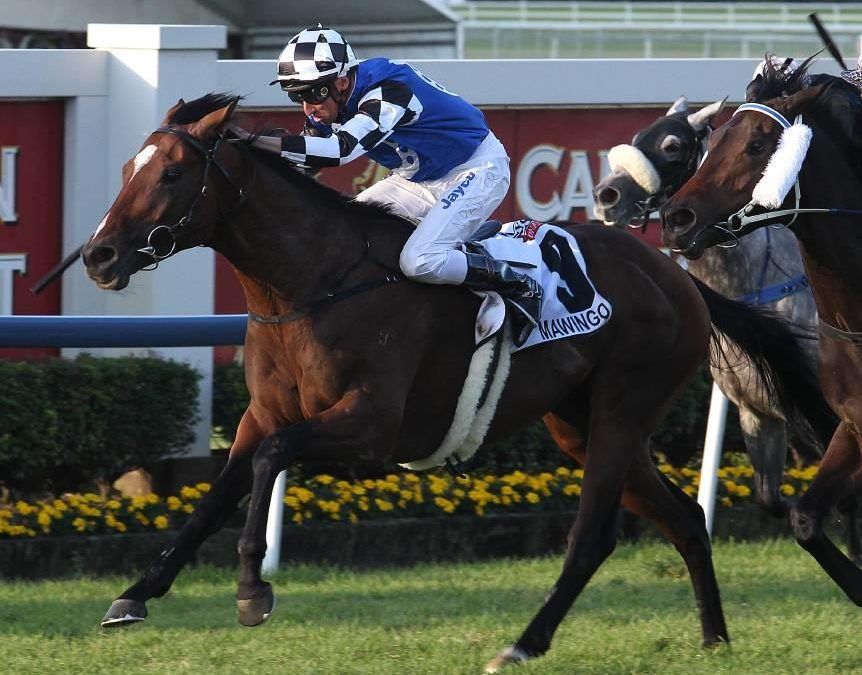 AUSTRALIAN Bloodstock have won bigger races, but the Doomben Cup (2000 metres) will always be a special one for the Hunter syndicators after the 2012 win of Mawingo.

On Saturday, Australian Bloodstock will have a dual shot at the $700,000 weight-for-age with two more imports, Big Duke ($51) and Sixties Groove ($13). They are part of three chances for Newcastle trainer Kris Lees, who also has second favourite Gem Song ($5.50).

Lees has also won the race before, with Sense Of Occasion in 2017, and Australian Bloodstock director Luke Murrell believed Gem Song could give him another.

The Gooree Stud colt was third last start at Doomben after winning the group 3 Gunsynd Classic at Eagle Farm. Both runs were over 1600m.

“I think Gem Song is the one they have to beat, he ran really well the other day,” Murrell said.

“Of our two, I think Sixties Groove is the best horse on potential and ability. Big Duke has been there and proven it, but he might find them a touch nippy.

“If Sixties Groove was third up, I’d be exceptionally confident but second-up is a bit harder.”

Sixties Groove was third last start in the Hawkesbury Cup and gained a start at Doomben after Hallelujah Boy, another Lees-Australian Bloodstock horse, was scratched because for a quarter crack.

Mawingo’s win for trainer Anthony Freedman in 2012 was a breakthrough for Australian Bloodstock, who went on to claim the 2014 Melbourne Cup with another German import, Protectionist.

“We’d had four or five group 1 wins before that, but he was part of the second wave of imports and his win just backed up that we knew what we were doing and helped us get our name out there,” Murrell said.

Lees’ runners have drawn next to each other with Big Duke in six, Sixties Groove in seven and Gem Song in eight. He was confident Gem Song, which has never raced past 1600m, could run out the 2000m.

“I still feel he is the pick of our three runners,” Lees told his website. “Gem Song has continued to do well at the Gold Coast, and certainly hasn’t gone backwards. He has drawn midfield and should get a nice run. I don’t think he’ll have any problems with the 2000m.

“Big Duke is very capable and has been freshened since the Sydney Cup [3200m] at Randwick in April, whilst Sixties Groove is also in good order and has had a nice break of three weeks since the Hawkesbury Cup.”

“Aliferous is the proven one and she gets a lovely run, but it’s just whether she’s had enough this prep or not,” Murrell said of his pair. “Itz Lily, I’m waiting for her to show she’s had enough but she’s a really tough horse.

“They are both probably towards the end of their preps but Aliferous is proven now and has better form than most of those.”