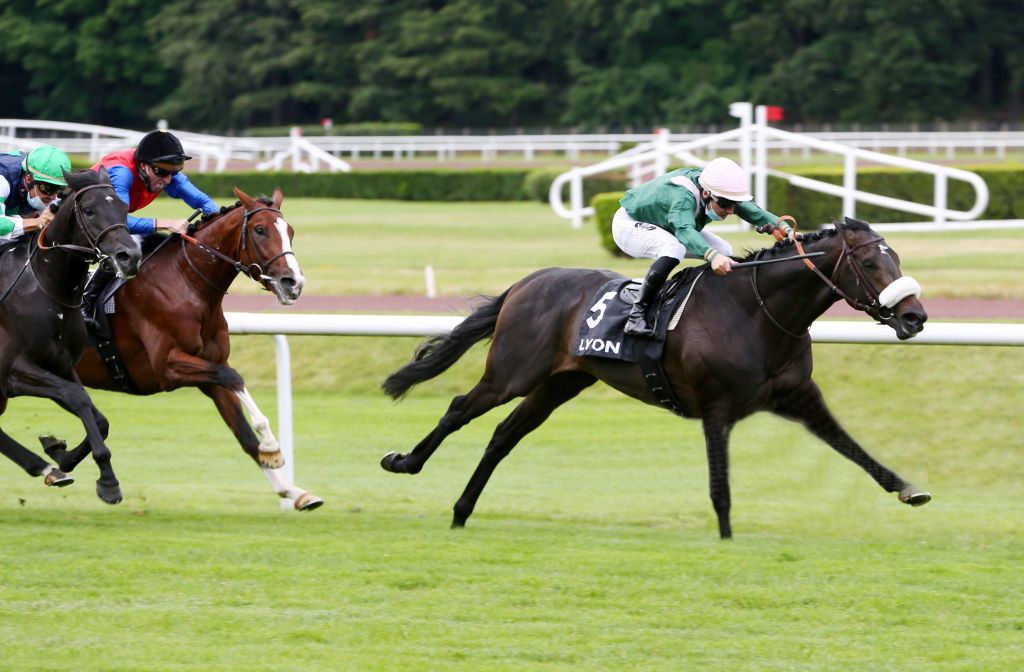 Story by Craig Kerry for cessnockadvertiser.com.au

Hunter syndication company Australian Bloodstock have added French galloper Gold Trip to their campaign for a second Melbourne Cup in what is shaping as a “really open” edition of the $8 million race.

Winners of the 2014 Cup with Protectionist, Australian Bloodstock confirmed on Tuesday they had bought 100 per cent of four-year-old entire Gold Trip, which will be sent to the Victorian stables of Ciaron Maher and David Eustace.

“He comes for a Cox Plate most likely, and then into a Melbourne Cup, all going well,” Murrell said.

“He’s one of the best French horses they have over there, whether that means he’s going to be a good Australian horse, we’ll see, but his ratings are really good.

“Everyone is going to gravitate towards the fact he beat Enable and ran fourth in the Arc [Prix de l’Arc de Triomphe], but he’s been a horse that has always campaigned at the very top, trying to win the big races.

“To be fair, he’s a little bit off the very best over there, but those horses usually come here and do well.

“We’ve paid up for the Caulfield Cup as well but we’ll just see how he goes and how he travels.

“He’s a very genuine horse and always tries, so you can always plan and place those ones a bit better than others. He should be good.”

Australian Bloodstock also own 50 per cent of English stayer Rodrigo Diaz, which met qualification standards for the Caulfield and Melbourne Cups with a second in the group 3 Geoffrey Freer Stakes on the weekend at Newbury.

Murrell said Rodrigo Diaz would likely not run again in the UK before coming to Australia. He hoped the new stringent tests and criteria, which has already led to Godolphin not sending any imports for the Melbourne Cup, would make it easier for Rodrigo Diaz to make the race that stops a nation.

“That’s the first hurdle cleared, now we’ve got to get him enough weight to get into the race,” he said.

“It’s going to be an unusual year. In previous years, based on what weight you are given, you have an idea whether you are a chance to get in.

“But with all the local horses as well having to do the scintigraphy scan, it could be a really weird year where plenty of horses are not qualified.

“In previous years, 50 or 60 per cent of the field has been taken up by internationals, well, that’s not happening this year.

“It’s a really open one and there’s probably going to be more horses fall by the wayside because they are Australian horses and they have to race.”

Murrell also hoped Rodrigo Diaz’s strong run in a higher grade on the weekend would help lift his weight handicap for the cups.

Murrell said the company had bought Acquitted and Top Rank, which were progressive horses among the top 20 milers in Europe,

Top Rank will go to Lees, while Acquitted will head to the Sydney stables of Annabel Neasham.

“We bought them specifically to try and win the All Star Mile and races like the Doncaster,” he said. “I’m really excited about them.”

Mugatoo won the All Star Mile this year.