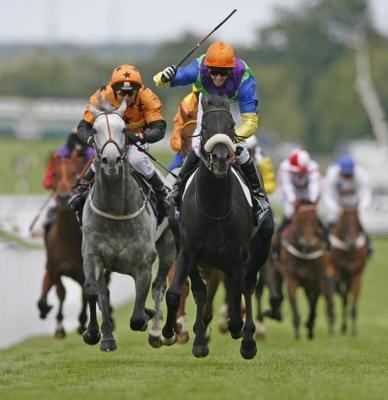 We are able to report that ILLUSTRIOUS BLUE has settled in well. After having a few quite days to let him get over his arduous flight, BLUE was given his first look at the track on Tuesday morning. Although given a quite time of it with a couple of laps half pace he has reported to have been eager in his work and more importantly ate up after having his first trot and canter on the Weribee course proper. At this stage his work will be gradually stepped up allowing him time to peak for our Grand Final !

After employing 3 professional UK form experts and reviewing this years entries that where qualified – it was unanimous that Illustrious Blue Had the best Profile and characteristics that are required to be able to win a race like the Melbourne Cup. He Had a Turn of foot , he has excellent race day and work day manners, he has proven he is a seasoned traveller ( after winning Black type races in Dubai) – and importantly he is in career best form. Our enquiries into his history where terrific in that he has always been a sound horse and his racing pattern is going to be more suited to our Race and importantly Group 1 Races after the Melbourne Cup. He has a good record over the shorter distances and importantly has a thundering finish on him in the 2400 and 3000m races.

Simple the horse is in career best form and has a sensational record . He has raced 50 times in total and in these races and has won 10 times and placed 17 times whilst 40 times he has earnt a cheque – in the majority of these runs they have all been in Group or Group equivalent type races . His racing pattern is to settle back in the field and he has a very big sustained turn of foot – critical for Group 1 racing in Australia . He won a two mile Group 2 GoodWood handicap race just two starts ago in what is regarded as one of the best form lines possible leading into our Melbourne Cup ( previous well performed horses always race well in this race) .

To give you some form lines and comparisons – last years SECOND place horse Crime Scene – last year raced against Illustrious blue on a number of occasions and on each occasion Illustrious Blue gave him a start and a beating . Last years Third place horse ditto !!. Since then though Illustrious Blue form has gone to a another Level . We are not saying he is going to win ( but he is a chance) , but what we are saying if the race is of equal strength as last years ( the handicapper obviously thinks so with a top weight of just 58kgs) then we have a real massive chance

The plan will be for Illustrious Blue to arrive in the next few weeks and he will more than likely look to have a lead up run before the Melbourne Cup – just to get him acclimatised and used to our racing. From here he will go Second up into the Melbourne Cup – but the fact he has the miles under his belt this campaign wont be a issue fitness wise. From after the Melbourne Cup the horse will be Transferred to DAVID PAYNE in Sydney and the aim will be to target Group 1 races with him in order to make him more appealing as a Stallion. He has excellent short course form this horse and if we can train him to win a Doncaster Handicap or Queen Elizabeth he is going to be a valuable prospect when he retires at stud

International races like the Dubai or Hong Kong Meetings , The Singapore Gold Cup , The $1,000,000 Auckland stayers races are all options as well