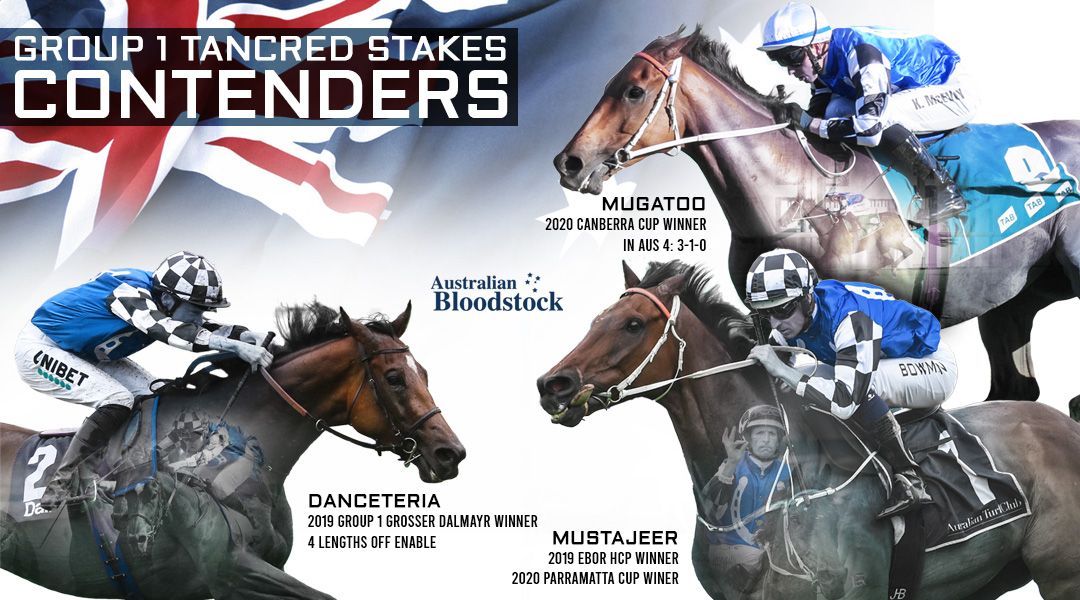 A trio of European imports from the Kris Lees yard will each chase their biggest Australian paydays when they face off in the $1.5 million Tancred Stakes at Rosehill.

Stable bragging rights will be up for grabs when Mugatoo, Mustajeer and Danceteria, all syndicated by Australian Bloodstock, clash for the first time in Saturday’s Group One, 2400m Tancred Stakes.

Mugatoo heads to the Tancred Stakes in superb form having followed back-to-back wins with a tough second to stout English visitor Young Rascal in the Manion Cup.

Lees has opted to run the five-year-old on a seven-day back-up and there is method behind the move.

“I think a seven-day turnaround will be good. It will make him relax a little bit more I suspect, and that will give him his chance,” Lees said.

“He’s been a touch aggressive.

“It’s a stronger race again, a Group One at weight-for-age and whether he’s quite ready for this type of grade I’m not sure, but we’re happy to give him the opportunity.”

Mustajeer has also been racing in great heart, winning the Parramatta Cup on return and beating all but the highly regarded Master Of Wine in the Sky High Stakes.

He is proven at the distance and the Tancred has been his goal since the start of his preparation.

“Really happy with him. It’s a race we always thought was a logical target race for him so he’s going there in good order,” Lees said.

Danceteria is a Group One winner in Europe and is yet to recapture his overseas form finishing unplaced in three local starts.

Lees has been happy with his work at home and feels he is racing more like a genuine stayer.

“He certainly hasn’t quite got to where his European form would suggest he’d be at and he’s untried at 2400 metres,” Lees said.

“But all his runs would suggest he’s going to appreciate it and he’ll handle the (wet) ground.”

Class mare Verry Elleegant is the even money favourite and like Mugatoo, she is on a seven-day turnaround after finishing second to Addeybb in the Ranvet Stakes.

“Verry Elleegant is going to be extremely hard to beat if she backs up,” Lees said.

“Of mine, I’d say Mustajeer, because it’s the race we always thought he’d show up in.”