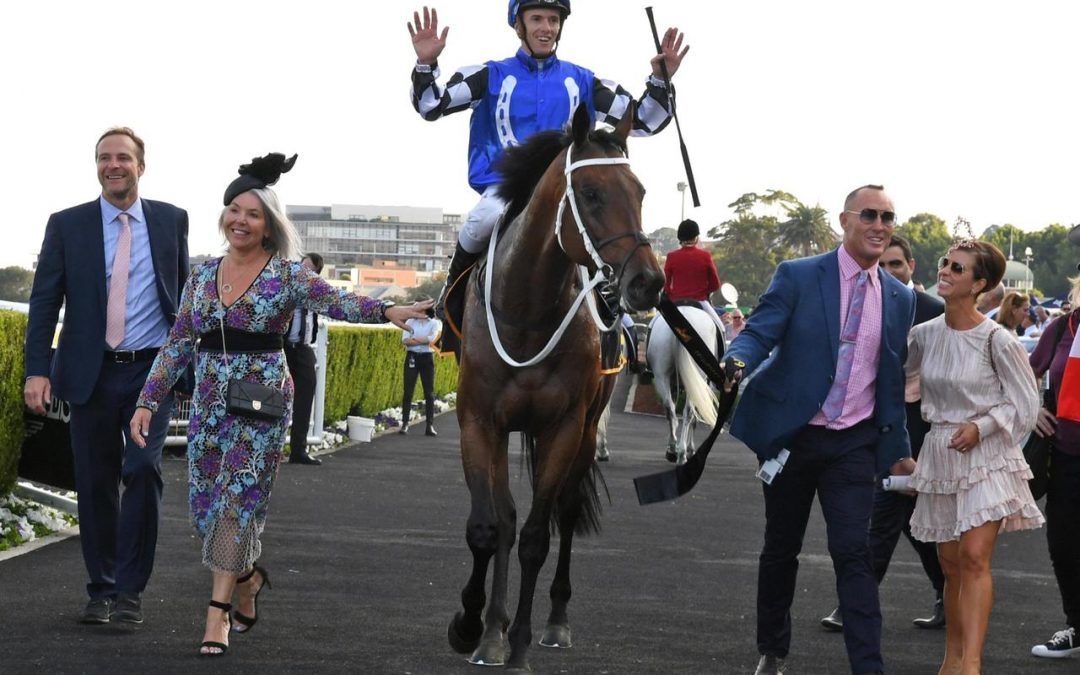 Jay Ford broke his Group 1 drought with a cool ride on Shraaoh over the 3200m at Royal Randwick to give trainer Chris Waller three majors in as many races.

Waller had won the ATC Oaks with Verry Elleegant then his champion Winx got the job done in the Queen ­Elizabeth Stakes before Ford steered Shraaoh to a lovely win in the Australian Bloodstock colours.

“It has been a memorable day,’’ ­Waller said. “I think there is a good chance I won’t forget this day.

“Jay hops on these lightweight horses when no one else wants to ride them, whether it’s Canterbury on a Wednesday or today and he’s deserves it more than anyone.”

Ford rode the six-year-old well and was travelling beautifully before the home turn as the breaks began to open up for him.

“I felt from the 600m I was a big chance,’’ he said. “I had a few decent ones on the inside of me but, when I got the split and hadn’t spent a penny, I knew it was going to have to be something good to come from behind me.”

Ford’s previous Group 1 was on the Michael Moroney-trained Monaco Consul in the 2009 Spring Champion Stakes. On Saturday, he downed a ­Moroney-trained runner, Vengeur Masque, by half a length, with Glory Days third.

“It was very satisfying,’’ Ford said.

“It’s been a long time since my last Group 1 winner. I’ve ridden probably 50 stakes winners in that time but the big one has eluded me.

“I used to ride a very good horse (Takeover Target) and then he ­disappeared. Things have been up and down since then.”

Waller thinks Shraaoh ($12) may be back for a crack at the Sydney Cup again next year but not sure he’ll match up to them in a Melbourne Cup just yet.

“These European horses adapt to Australia where they can go to another level,’’ Waller said. “He might be back like (Who Shot) Thebarman for a few more.

“He was identified from England by the people behind the horse and I thank them very much. They’ve ­entrusted me to set him for it. He won first-up over 2800m.

“That gave us the confidence to know he was capable of winning a race like this. You hope they come up. The team in the northern hemisphere said he was twice the horse on a dry track and he proved that today.”

Australian Bloodstock’s Jamie ­Lovett said things worked out perfectly and he praised Waller for his ­management of his stayer.

“He got a lovely ride from Jay and we bought the horse for these sort of cups so it’s very rewarding,” he said.

Favourite Dubhe ($4.40) was never in the race and ran 12th after jockey Kerrin McEvoy had him under the whip a long way from home.

“He was sluggish out of the gates,’’ McEvoy said.

“He never travelled at all. I was forever trying to get him on to the bridle. He stayed on OK but was not quick enough through the first part.”