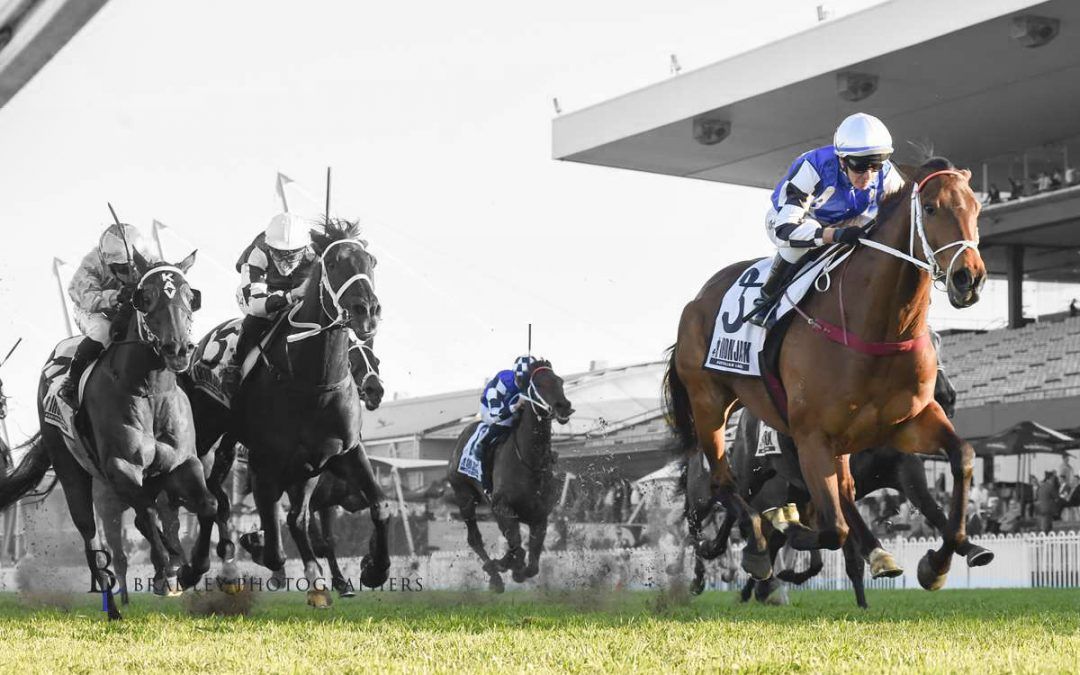 Jockey Kerrin McEvoy was leaning towards an Epsom Handicap (1600m), while trainer Kris Lees indicated the Newcastle Cup (2300m) and Metropolitan (2400m) were likely goals for Mugatoo after his group 3 Premiers Cup (1900m) win at Rosehill on Saturday.

It was easy, though, for everyone to agree the Newcastle galloper was a group 1 contender this spring.

Mugatoo backed up victory in the listed Winter Challenge (1500m) on July 25 with another Rosehill win. McEvoy put the former English stayer, a $1.90 favourite, just behind the speed and he broke clear in the final 100m for a 1.3-length win.

After a wind operation delayed his move to Australia, Mugatoo burst onto the scene last season with three wins, including in the listed Canberra Cup (2000m). He was then second in the Manion Cup and sixth in the group 1 Tancred Stakes, both over 2400m.

Mugatoo opened as an $11 TAB chance for the October 3 $750,000 Metropolitan but was now the $6 favourite. However, the $1 million Epsom, where he was $15, on the same day was an attractive option for McEvoy.

“There’s still nice improvement to come and now the decision has to be made whether they go out in trip or go shorter,” McEvoy told Sky Thoroughbred Central.

“He could be a nice chance in a quick-run Epsom, so I’d probably lean that way. You could keep him fresh and if they got along at a nice gallop with a light weight on his back, he could finish well.

“Although his form reads that he’s won over 2800, a mile and a half .. they’ve got a hard decision to make, the connections, but that might be the way to go.”

Lees told AAP on Saturday that Mugatoo “could end up in a Newcastle Cup in three weeks’ time, which would then lead into the Metrop where he would still get in all right at the handicaps”.

“He’s got a lot of upside and he’s taking the right steps. It was another test for him today. He reacted well.”

It was part of a Rosehill double for Hunter syndicators Australian Bloodstock, who claimed the class 2 Highway Handicap (1400m) with Yulong Base. Newcastle hoop Andrew Gibbons gave the Cody Morgan-trained gelding a run just behind the lead en route to a 1.8-length win.

Morgan said Yulong Base would be back for another Highway Handicap.

“I didn’t think I would be that close, I didn’t want to be,” Gibbons told Sky.

“I was a little bit concerned about him getting exposed so soon because he can have a bit of a think and a look around but just the way it panned out, I just lobbed perfectly behind Rachel [King] and he was very genuine today. He ran right through the line and he’s really learning his trade good.”

Meanwhile, AAP reported Mustajeer, which finished five lengths behind stablemate Mugatoo, will head to the Kingston Town Stakes (2000m) at Randwick on September 19 before connections decide whether to stay in Sydney for the Metropolitan or head to Melbourne for the Turnbull Stakes.