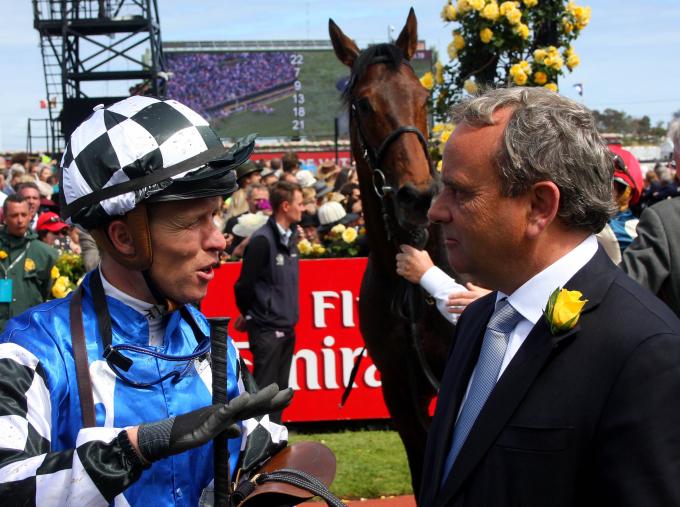 The three-time winning jockey in the Melbourne Cup, who has already celebrated great successes in Europe – including winning the St Leger in Doncaster with Rule of Law in 2004 – works for coach Andreas Wöhler and will be awarded the Henkel Prize at Diana for Australian Bloodstock trained to ride Tuscany Belle. Wöhler confirmed this on Wednesday when asked. “The Saturday before is at the Shergar Cup in Ascot,” says Andreas Wöhler.

The Shamalgan-daughter Tuscany Belle, bred by Ecurie Normandie Pur Sang by Simon Springer, was sold after winning the list in Düsseldorf via Ronald Rauscher, who coordinates the activities of the Australian owners’ community in Europe, and now has to be named for Diana.

The 41-year-old McEvoy, who won the Grand Prix of Baden (Gr. I) with Warrsan in Germany in 2004 and 2005 and the Rhineland Cup (Gr. I) with Cherry Mix in 2006, will represent Andreas Wöhler three more times that day get in the saddle. In the Fritz Henkel Foundation race, Group III, he rides Peace Warrior, in the BBAG auction race he rides Stall Turffighters Conan, in the two-year-old race he is listed on stable Triple A’s De La Soul.

It’s not the first time Wöhler and McEvoy have teamed up. In 2017, the jockey sat in the saddle of the Red Cardinal trained by Wöhler in the Melbourne Cup.