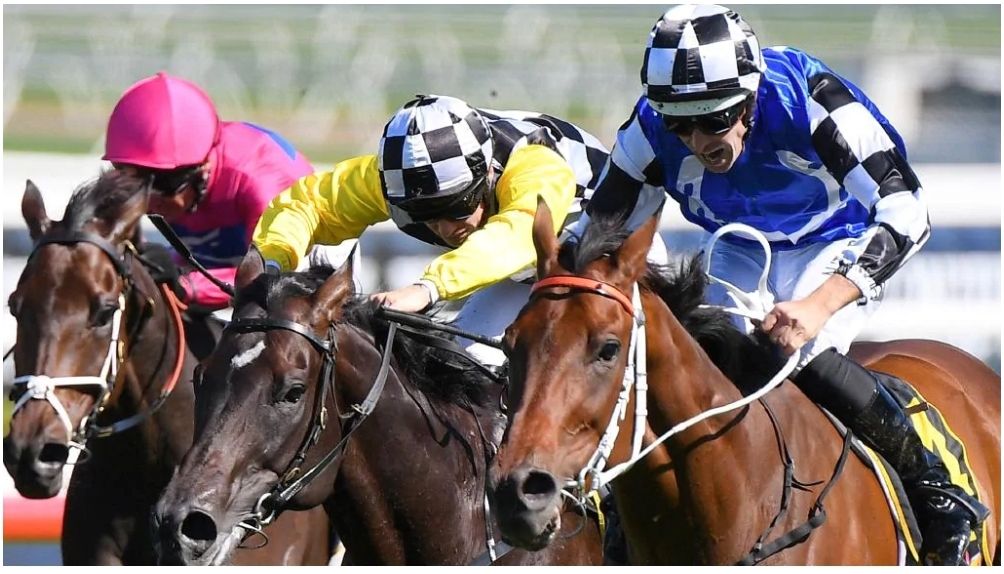 Trainer Kris Lees concedes English raider Young Rascal is a deserved favourite and biggest threat to his chances of securing a second win in the Group 1 $1 million Schweppes Sydney Cup at Royal Randwick on Saturday.

Lees saddles up three of the 13 starters — imported trio Mustajeer, Raheen House and Saunter Boy — as the trainer looks to add his name to the race’s famous honour roll again after his 2006 success with County Tyrone.

The trainer was a keen observer of Young Rascal’s Manion Cup win three weeks ago when Raheen House ran sixth. Lees said the bookies had it right elevating the English stayer to $2.50 favourite.

“I’ve got three nice chances in the race but Young Rascal is going to be tough to beat,’’ Lees said. “He looks a strong stayer.’’

Mustajeer ($5) and Raheen House ($8) are the only other runners under double-figure odds. Saunter Boy is at $41.

Lees has some reservations about Mustajeer at 3200m but felt the stayer’s form this autumn warranted a Sydney Cup start.

Mustajeer, winner of the prestigious Ebor Handicap in England last year, made his debut for Lees when he won the Listed Parramatta Cup before successive seconds to outstanding duo Master Of Wine (Group 3 Sky High Stakes) and Verry Elleegant (Group 1 Tancred Stakes) at Rosehill.

“Although Mustajeer still has to prove himself at the two miles, I think this is the right type of race to try him,’’ Lees said. “Mustajeer has a favourable draw, his fair share of weight, but it’s time to try him at the trip again particularly as we haven’t got a Brisbane carnival.’’

Raheen House improved from his unplaced Manion Cup effort to score a strong win in the Chairman’s Quality last week.

“I’ve been really happy with Raheen House this week, he has done really well and has bounced out of that win quite nicely,’’ Lees said. “The seven-day turnaround is foreign to him but he seems to be going the right way.’’

Mustajeer has been in good form this campaign. Picture: AAP
Saunter Boy ran on when fifth to Night’s Watch in his Neville Sellwood Stakes comeback run two weeks ago. Lees is satisfied the grey is fit enough to run a strong 3200m on Saturday.

“He is going into the Sydney Cup second-up which is not ideal but he has been in work for as long as his stablemates so he’s had the grounding,’’ Lees said. “I feel the other two are better prospects in the race but, the day he runs up to his trackwork, he will earn a good cheque.’’