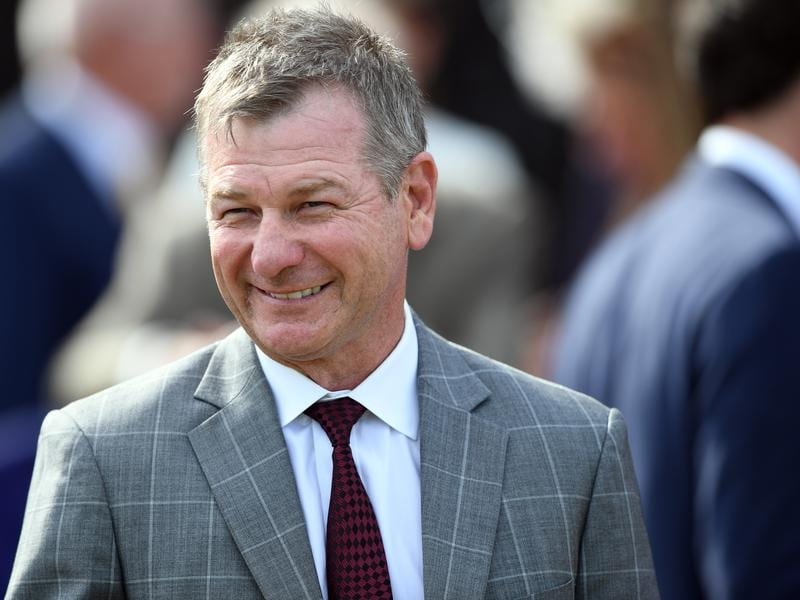 Kris Lees has the same amount of starters as he did in last year’s Sydney Cup (3200 metres) but he is far more confident in his chances of a second win in the race heading into Saturday’s edition.

The premier Newcastle trainer has Australian Bloodstock’s Mustajeer, Raheen House and Saunter Boy in the $1 million race at Randwick.

Mustajeer and Raheen House were locked in for the group 1 race after impressive recent performances but a decision on Saunter Boy was made on Tuesday morning after he worked well on the course proper at Newcastle.

The $5 TAB second favourite, Mustajeer drew well in four, while Raheen House ($8) gained gate three on Tuesday to enhance his chances after victory in the group 2 Chairman’s Quality (2600m) on Saturday.

Saunter Boy was an outsider at $41 with gate five but the form of his stablemates gives Lees a better chance of victory on paper than compared to last year’s trio. Australian Bloodstock won with the Chris Waller-trained Shraaoh but the Hunter syndication company, founded by Luke Murrell and Jamie Lovett, also had the Lees-trained Big Duke, Red Cardinal and Doukhan in the race.

Doukhan was the surprise packet, making the most of his inside gate to finish fifth.

“Last year, they had probably peaked on their preparations,” Lees said. “These horses seem to be going the right way going into it.

“Doukhan was fifth and the other two drew right off the track and they were never in the race, but Luke and Jamie were lucky enough to win it anyway, but I’ve certainly got more confidence this year.”

Helping chances this year is a smaller field of 13, compared to 20 last year. The William Haggas-trained Young Rascal, from gate 10, is the $2.50 favourite.

Lees won the second of his 15 career group 1s in the 2006 Sydney Cup with stable favourite County Tyrone, which was also second twice in the race across six consecutive appearances.

Since then, Lees has had Protectionist (2015), Doukhan and Admiral Jello (2018) finish unplaced in the event.

Lees was pleased with the work of Saunter Boy and Mustajeer on Tuesday, while Raheen House had recovered well from his win on heavy going.

Saunter Boy was a last-start fifth in the group 3 Neville Selwood (2000m) on March 28 at Rosehill. Jay Ford will ride the seven-year-old at 51kg.

“He was OK last time but he’s got to keep lifting, and he’s going to the two mile,” Lees said.

“We’ll just ride him to finish the race off and you never know. There’s a chance of a good cheque, with a small field and good prizemoney.

“Mustajeer is going well but he’s still got to prove himself at the two mile,” he said.

Also out on Tuesday were fields for the group 1 Coolmore Legacy Stakes (1600m) and Australian Oaks (2400m).

Lees-trained Game Of Thorns was at $14 for the Oaks after drawing nine, while Scone trainer Brett Cavanough’s Cosmic Haze was $151 from seven.

At the Inglis Australian Easter Yearling Sale on Tuesday, Lees Racing bought a More Than Ready fill for $350,000 and a Fastnet Rock filly for $200,000.