Lady’s Hat-Trick Bid In A Fortnight 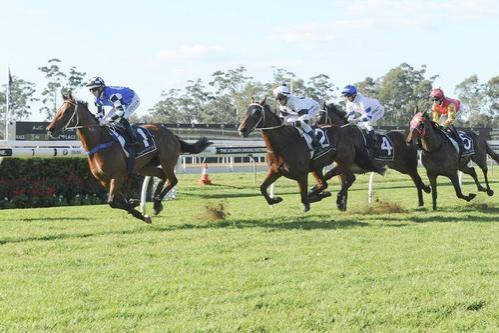 ~~2014: IMPORTED mare Oriental Lady is being kept “on ice” for a hat-trick attempt on the Kensington circuit in a fortnight.

Trainer Kris Lees has earmarked a Benchmark 85 Handicap over 2400m on July 26 as her next assignment. The former German mare has created a good impression at her last two starts, scoring at Broadmeadow and Warwick Farm, and her trainer is keen to give her every opportunity to rack up a third success next time out.

Oriental Lady, a member of the Australian Bloodstock string, outclassed her four rivals when she led throughout over 2300m at home on June24. She then backed up just over a week later to again lead throughout (with 59kg) over 2200m at Warwick Farm on July 2.

“Because she raced twice in eight days, I gave her an easy time afterwards to get over those runs,” Lees said today.

“The freshen up has done her the world of good, and she will be ready for her next race in a fortnight.

“Depending on how she performs on the Kensington track, we’ll make up our mind afterwards as to future plans.”