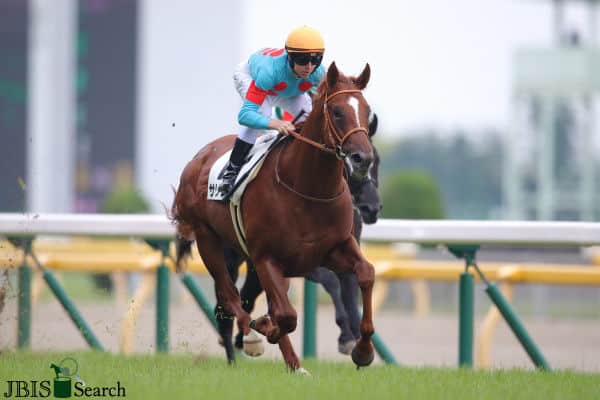 Australian Bloodstock’s Jamie Lovett and Luke Murrell must have had mixed feelings when the magnificent chestnut colt Salios strode clear to capture Sunday’s Group 1 Asahi Hai Futurity Stakes at Hanshin to keep his record at a perfect three for three.

The then fledgeling Australian operation enjoyed one of its first big race successes with Salios’s dam Salomina who was named the Champion 3YO Filly in Germany in 2012 following four wins highlighted by the Group 1 Preis der Diana (German Oaks). 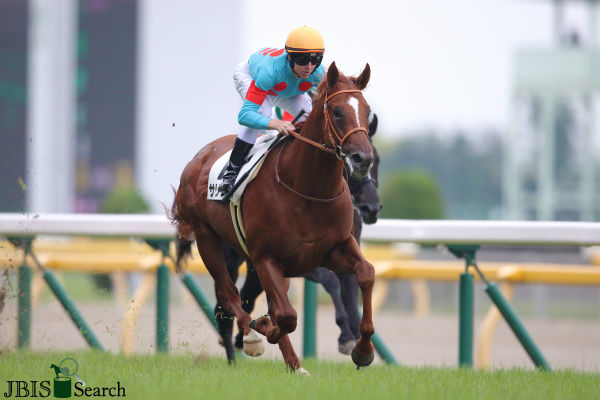 Sold to Katsumi Yoshida, Salomina has made an immediate impact in Japan with her first four foals all winners. Besides Salios they include the very talented 4yo mare Salacia (Deep Impact) who is a Group II runner-up and was fourth behind Almond Eye in last year’s Group 1 Shuka Sho.

At her most recent start, Salacia finished sixth behind Lucky Lilac in the Group 1 Queen Elizabeth II Cup at Kyoto on November 10.

Trained by Noriyuki Hori, Salios has taken the pedigree up another notch. After breaking his maiden at first time out in a 1600 metres Newcomers race at Tokyo on June 2, Salios made a huge statement in his first stakes test when he stopped the clock in a record 1:32.7 in the Group III Saudi Arabia Royal Cup (1600m).

With Ryan Moore in the saddle on Sunday, Salios sat on the pace and was strong to the line to defeat Yutaka Take’s mount Taisei Vision (Turtle Bowl) with Gran Rey (Rulership) a further one and a quarter lengths back in third.

It was another record for the giant chestnut son of Heart’s Cry, running the 1600 metres in 1:33.0 and lopping 0.3 of a second off the previous race record set by Danon Premium in 2017.

“He’s a lovely horse. The track ran very fast, but he’s a colt that’s not short on pace and he was still very green,” Moore said.

“He’s a big powerful colt. When I sat on him you get the impression that he’s very strong already, but he should improve and be even better as he gets older being the size that he is and hopefully he’ll carry on.”

The future looks very bright for both Salios and his dam Salomina. The daughter of Lomitas has a yearling colt and a filly foal by the late, great Deep Impact. She is back in foal to Heart’s Cry who has already made an impact in Australia through the deeds of Admire Rakti (JPN) and Lys Gracieux (1600m)

This story originated at breednet.net.au