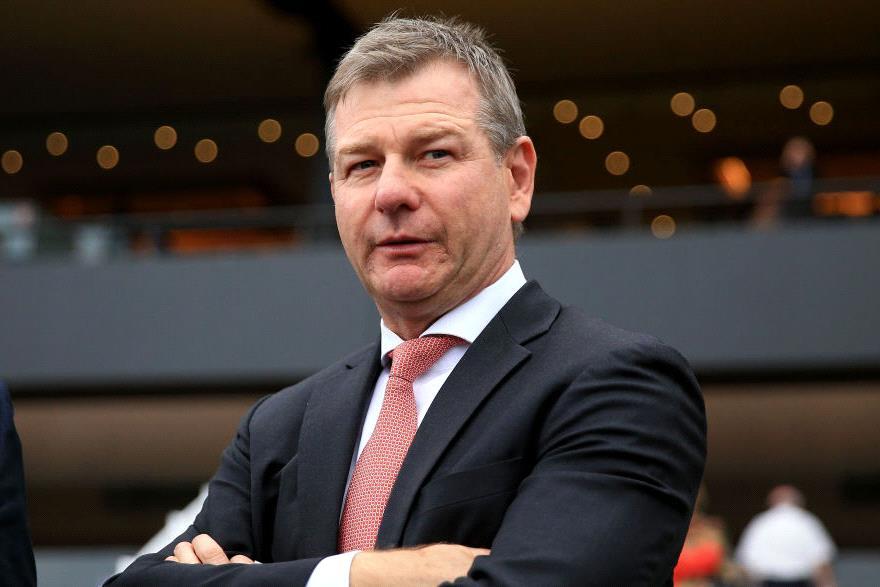 Trainer Kris Lees can’t look at Saturday’s $3m The Star Doncaster Mile (1600m) in any other way than as a prime opportunity for popular galloper Mugatoo to claim an overdue Group 1 win.

And there’s every chance the six-year-old will back up in the carnival’s flagship race, the $4m Longines Queen Elizabeth Stakes (2000m) on April 17, but Lees is adamant Mugatoo is so well placed that the Doncaster has to come first.

Mugatoo will carry 56kg, after weights were raised 0.5kg on acceptances, drew ideally in barrier four and comes into the race fresh with four weeks since his All Star Mile win.

“He’s certainly in well, with the weights released before the All Star Mile, and with (the meeting) going back a week it gives us the opportunity to possibly run in both,’’ Lees said.

“With the two horses (Addeybb and Verry Elleegant) that are above him in the market, and with Sir Dragonet back in form, I have no doubt the Queen Elizabeth is the stronger of the two races.

“The Doncaster is one of the great races on the Sydney calendar, I’m certainly looking forward to it.”

Mugatoo completed his preparation for the Doncaster with a gallop at Newcastle on Tuesday and Lees said he couldn’t have asked for a smoother build up.

He’s unbeaten in two starts at a mile and Hugh Bowman, who won the race in 2016 on Winx, boasts two wins from as many rides on the horse.

“I’m pretty content with where he’s at,’’ he said.

“It’s a big field and you always like to draw favourably.

“I think 2000m is the perfect trip for him but in a big field of milers with any tempo it’s within his reach.”

When Mugatoo arrived at Lees’ stable in the spring of 2019 he couldn’t have predicted the gelding would rise to the top level in the space of a preparation.

He contested his first Group 1 in last year’s Tancred Stakes and by the end of that spring had a close second in the Metropolitan and fourth in a Cox Plate on his Group 1 CV and it was then Lees knew the gelding was top shelf.

“I treat them all as though they have to earn their way through so we try to place them soft to start with wherever we can,’’ he said.

“But he showed a bit from day one. We went to his first start confident he’d run very well mindful that the expectation was a mile would be too short for him.

“I think his Cox Plate run off the back of getting beaten in the Metrop convinced us he’d run well fresh at a mile in the right race.”

Lees had differing barrier fortunes with his two Doncaster runners, while Mugatoo ($4 with TAB on Tuesday) drew ideally stablemate Gem Song ($51) has to contend with 19 and that will make his task tougher.

Prior to the barrier draw Lees regarded Gem Song as a “genuine first five chance” and while the alley complicates things he’s confident the rejuvenated galloper will run well.

The five-year-old won the Newcastle Newmarket (1400m) at his second run since the inaugural Golden Eagle in 2019 then ran a respectable fifth in the Group 1 George Ryder Stakes (1500m) two weeks ago. He drops from 59kg to 53.5kg on Saturday.

“I don’t know if he can turn the tables on the Ryder winner (Think It Over) or Mugatoo but with a soft run he could easily get a good cheque for the connections.”

It’s easy to forget that before Gem Song’s tendon injury he finished fourth behind Kolding and Te Akau Shark in the 2019 Epsom Handicap.

Lees said he was pleased with the effort in the Ryder, where he was beaten 1.9 lengths, and has the horse at his peak for the Doncaster.

“We went into the Ryder thinking he’d run well and to finish fifth was within our expectation,’’ he said.

“He looked half a chance on straightening but he went a little keen in the early stages and it might have taken a bit of gas out of him late.

“With that 1500m run under his belt he will be better suited now at the mile.”