Lees Imports All Set To Go ! 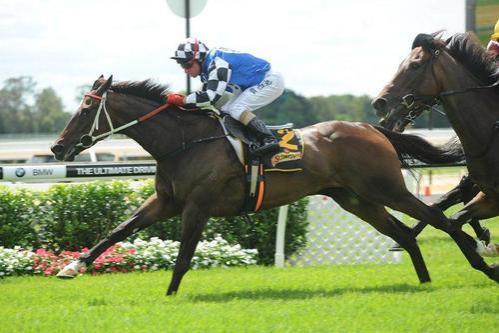 Salon Soldier arrived at Lees’ Newcastle stables in mid-July, and has been nominated for the Group 1 Caulfield Cup (2400m) on October 19 and Group 1 Cox Plate (2040m) at Moonee Valley a week later.

Lees today said Salon Soldier – who is now a five-year-old by southern hemisphere time – was “about a month away from a run”.

“The horse had two stints in quarantine and we’re a bit pushed for time to get him into the big races in the spring,” he said.

“The Cameron looks a suitable race to kick him off. I hope to trial him leading into that.

“We’ll see where we go with him after the Cameron. So far, he is coming along nicely.”

Salon Soldier last raced at Baden Baden in Germany on May 12 when he ran sixth of eight in a Group 2 event over 2212m – which has produced both an interesting and outstanding formline. Winner Novellist has subsequently captured Group 1 features in France and England. He won the Grand Prix (2400m) at Saint Cloud (France) on June 23 and the King George VI and Queen Elizabeth Stakes (2414m) at Ascot on July 27.

Baden Baden runner-up Waldpark – who, like Salon Soldier, has also been imported by Australian Bloodstock – is in training at Flemington with Anthony Freedman and has already been well supported to win the Cox Plate.

Meanwhile, Salon Soldier’s stablemate Award Season is back in work with Lees after undergoing stem cell treatment for a tendon injury.

In between, he finished sixth to last Saturday’s Flemington winner Tuscan Fire in the Listed Mornington Cup (2400m) in February.

“Award Season is up to three-quarter pace in his trackwork and to date is coping well with it,” Lees said.

“But at this stage we will probably be looking at races at the back end of the spring carnival.”