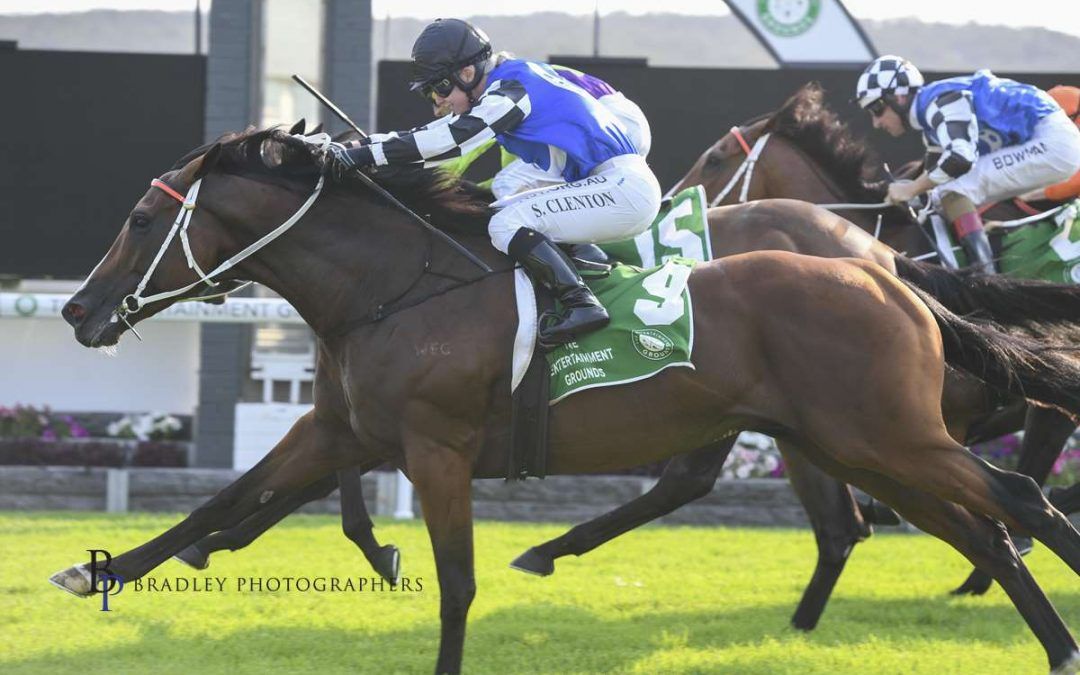 Trainer Kris Lees faces a challenge to get Occupy to drop back to 1400m well enough to win the $150,000 Polytrack Provincial Championships Qualifier at Newcastle on Saturday, but he has put the measures in place to give it a real shot.

Kris Lees has four runners in

The five-year-old stallion won a heat of the Summer Provincial Summer Series over 1500m at Hawkesbury on December 12 and then took out the final over 1600m at Gosford on December 27 – each time hitting the lead right on the line.

He went through along the rails at Hawkesbury and then down the outside at Gosford and couldn’t have afforded any bad luck in the straight either time.

Lees gave him one more run in that campaign, for a sixth of 11 in a Benchmark 78 Handicap over 1800m at Randwick on January 11, before freshening him up with this series in mind.

“Whether he’s as effective at 1400m, I’ve tried to keep him fresh for it,” Lees said. “And I think he’ll sprint well a bit on the fresh side.

“The 1500m is as short as he’s won over, but I think the big track here at Newcastle will suit him.

“Traditionally, these races are run at a pretty good tempo so there’s a few things to say he’ll be suited. We’ll see how it works out on Saturday.”

Lees said Occupy “didn’t do anything flash, but worked home nicely” for a sixth of seven in a 1000m trial at Newcastle on February 19.

Samantha Clenton has ridden Occupy in all seven of his Australian runs, for three wins, and will ride him again on Saturday.

Lees will have four runners in the 14-horse field at his home track.

The others are Jack’s Bar (Chad Lever), Stella Sea Sun (Andrew Gibbons) and Da Power (Koby Jennings). The first three placegetters will qualify for the $500,000 final over 1400m at Randwick on April 11.

Stella Sea Sun’s last run was a one-length third behind No Escape and Julian Rock in a Benchmark 78 Handicap over 1350m at Rosehill on January 18.

Julian Rock has since gone on to qualify for the Newhaven Park Country Championships Final by winning a qualifier at Moruya.

Occupy wins at Gosford on December 27

“Stella Sea Sun’s coming out of Saturday racing, so she certainly gets her chance to do well in this race,” Lees said.

“The form out of her last race looks good at the moment. It should hold up all right and she’s won at Newcastle.

“It’s the perfect distance for her, but she’s had a bit of a gap between runs.

“She’s had a trial, but if there’s any little concern it’s that she’s gone six weeks without a race. If she had won another race she wouldn’t have been eligible for this series.

“But I’d say Occupy and Stella Sea Sun are clearly our two standouts. The other two are outside hopes.”

All the fields, form and replays for Saturday’s Provincial Championships meeting at Newcastle