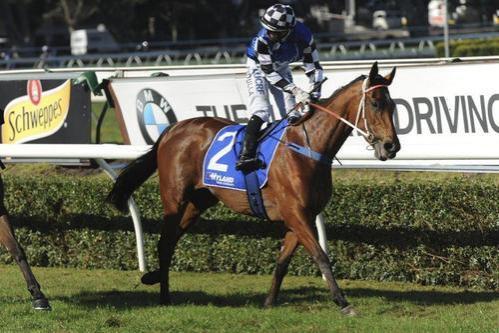 ~~Thursday, 4 September 2014: Trainer Kris Lees is confident stablemates Oriental Lady and Ay No Digas are on track for the $175,000 Newcastle Gold Cup (2300m) at Broadmeadow on September 18.

Lees has confirmed the Group 3 feature as the pair’s next target, despite both failing to place in their races at Rosehill last Saturday.

He was far from disappointed with their efforts and is looking forward to his hometown Cup.

“I thought they both ran well at Rosehill, and will definitely go on to the Cup,” Lees said.

“Hopefully, Ay No Digas will make the field. We’ve got our fingers crossed that everything will be okay as there hasn’t been a full field in the Cup in the last six years.”

Brenton Avdulla – who won the Newcastle Cup three years ago on the following year’s Melbourne Cup winner Green Moon – has been booked for Oriental Lady.

James McDonald has been offered the mount on Ay No Digas.

“She drew off the track and it was very difficult to make ground,” Lees said.

“In the circumstances, I liked her run and she will be better for it as well as it was her first start in five weeks.

“The 2300m at Broadmeadow is definitely going to be more in her favor.”

Lees was particularly pleased with fellow import Ay No Digas’ fourth to Georgey Aeroplane in the Benchmark 80 Handicap (2400m).

He had won his previous two starts in a so far brief Australian career.

“He missed the start and with the rail out six metres it virtually made his task impossible,” Lees said.

“Despite making a sweeping run out wide coming to the turn and peaking on his run, he still battled on well.

“As with Oriental Lady, he will take improvement from the run.”

Lees has prepared four minor placegetters in his hometown Cup, and will add Taree Cup winner Slivovitz to his team to try to break his “duck” this year if he races well at Randwick on Saturday.