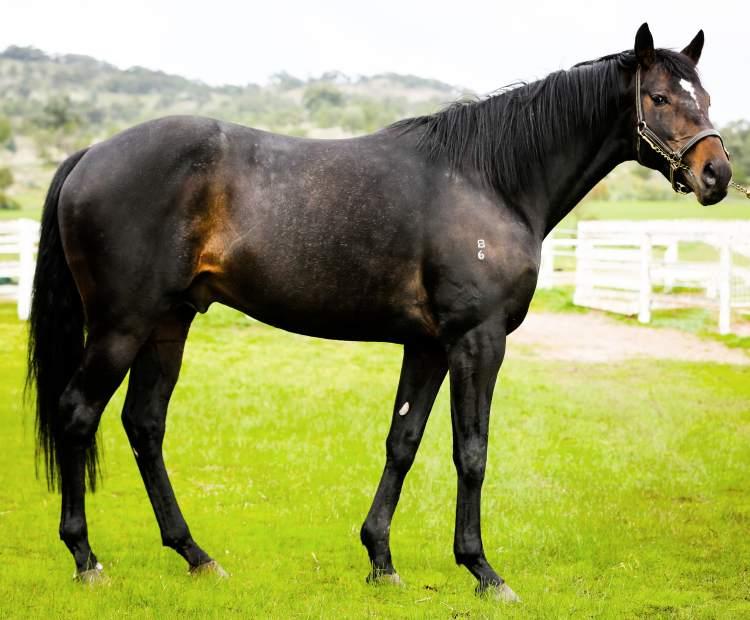 Bullarook Park Stud manager Malcolm Boyd is probably the only person connected to brilliant German import Lucas Cranach that is glad that injury ended the horse’s racetrack career when it did.

“If he didn’t get injured he would have won multiple Group 1 races, if he did that he wouldn’t be here at Bullarook and I wouldn’t be as excited as I am today,” Boyd said.

Although Lucas Cranach’s racing career ended all too early, just weeks after a dynamic victory in the Group 2 Peter Young Stakes at WFA at Caulfield (leaving Group 1 winners Manighar, Southern Speed, Efficient, Glass Harmonium, and Mourayan in his wake), the horse has simply thrived at stud.

The stallion served over 250 mares in his first three seasons at stud at a fertility rate of near 90%, and has served mares the quality of champion Shoot Out’s Group 3 winning half-sister Cassandara Shadow and Group 3 West Australian Oaks winner Pop Culture.

“There haven’t been many horses to race in Australia in the last decade with a turn of foot like him, breeders remember that acceleration and they want that for their mares,” said Boyd.

It’s an exciting time for Bullarook Park and for those breeders that have supported Lucas Cranach in his early seasons. His first crop of yearlings have just turned two-years-old and are in work with some of the best trainers in Australia.

“Every week for the last three or four months I’ve had calls from breeders to tell me how well their Lucas colt or filly is going. They are all just like him, natural athletes, light on their feet, with fantastic temperaments,” said Boyd.

“I think they thought they’d be winning the Derby or Oaks, but now they are thinking Guineas – they are sharper than trainers expected.”

With such a positive feeling about the stallion, Lucas Cranach is proving to be popular again ahead of the 2016 breeding season with many breeders that have used the stallion before sending mares back this year.