Magic Artist Heading West For A Group I Target 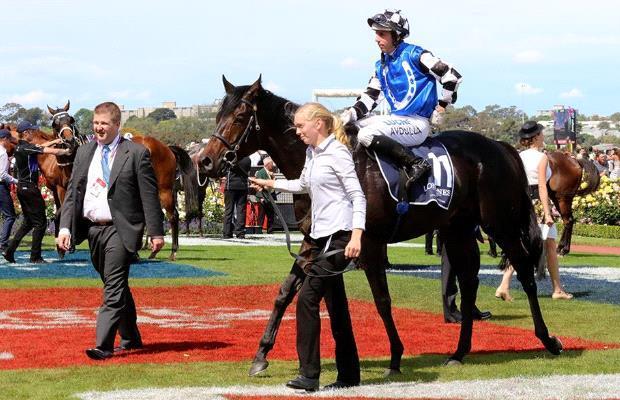 Trainer Andreas Wohler was hoping the import would be invited to contest the Hong Kong Cup (2000m) but managing part-owner Jamie Lovett of Australian Bloodstock said they have turned to “plan b”.

Magic Artist started twice during the Flemington carnival finishing on the placegetters heels in the Group I Mackinnon Stakes and a strong fourth, in the worst part of the track, in the Emirates Stakes.

“We didn’t get a start in Hong Kong so I’m just waiting for the itinerary schedules for Perth and that’s where we’ll probably head,” Lovett said.

“We think he’s a lovely firm track horse so the Perth carnival is an attractive option.

“He’s rock-hard fit coming off two unlucky runs so we don’t want to go to the paddock and wait for the autumn.

“Andreas said we planned to go to Hong Kong a week later so we may as well head west and run him in the Kingston Town (Classic) as it’s worth $1 million.”

Lovett said it would be unlikely that Magic Artist would run in the Railway Stakes with Wohler preferring to give him a month between runs.

Magic Artist will make the trip to Perth on Sunday and is an $8 chance in Sportsbet’s all-in Kingston Town Classic market.

Lovett said a decision on who will ride Magic Artist would be made “in the next 48 hours”.