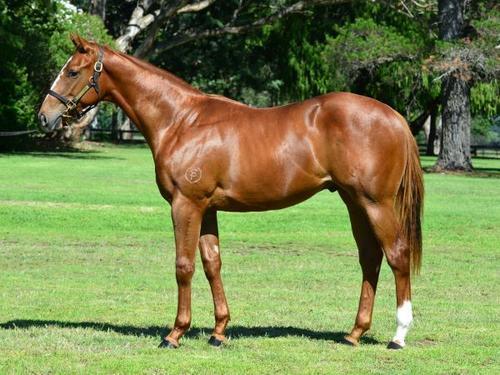 UPDATE: Just 20% left in this colt

~~This colt is out of EDGETON who was one of the fastest horses to race. Edgeton was a sensational horse who apart from winning Stakes races was beating horses like DANDY KID, REACTIVE (g1 winner) MISTEGIC (g1 Horse) to name a few.

Edgeton has produced 3 winners from 4 runners and the Denman colt which last year brought $175k to John Moore was heavily backed on debut before snapping a leg in the running. His trainer thought he was a STAR. Edgeton though has also produced UMEGTON who is a Stakes winner and beaten horses like MASTER HARRY,ATOMIC FORCE.
As you can see by the photo he has nice small cannons, has a very powerful behind and great big girth, but at the same time is a great walking and extremely light on his feet horse.

The beauty with the colt is he is extremely well bred and a early runner from a two year old family and we have the option of trading him to Asia as a back up to ensure we have a get out plan.
The horse is also sensible enough to suggest he wont need gelding

Note PDS has been lodged and awaiting approval with misyndications number 260214. Share price is a indicative price and will be confirmed