Master Slays Them In The Group 2 Sebring Sprint! 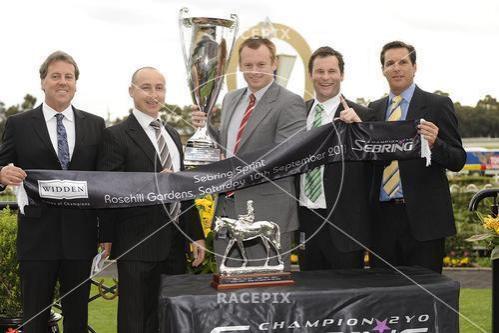 Master Of Design showed true class and true grit at Rosehill on Saturday when he led all the way to land the Group 2 $200,000 Sebring Sprint to give Australian Bloodstock its biggest and most important victory.

The $2 million yearling was purchased by Australian Bloodstock early in 2010 from Darley and has won 3 of his 4 runs including Saturday’s Group 2, but importantly he now has a crucial stakes win to compliment his outstanding pedigree.

Master Of Design is by Champion stallion Redoute’s Choice from the mare Urge To Merge, the dam of five winners including Group 1 winner SUNTAGONAL.

If ever a horse was destined to succeed in the stallion shed, it’s Master Of Design!

Congratulations to all of the connections that backed our judgement to join us in ownership of this gifted colt, and let’s hope that the elusive Group 1 win is just around the corner with the Group 1 Rupert Clarke Stakes at Caulfield in a fortnight.