Mawingo To Head To Doomben Cup 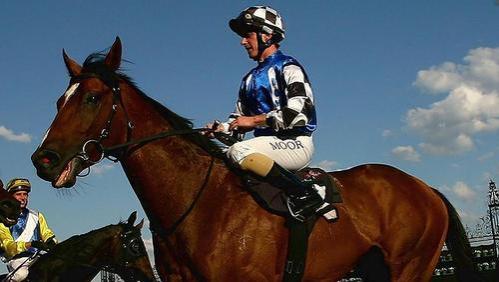 ANTHONY Freedman’s post-race reaction after the Hollindale Stakes suggests punters should be wary of a vastly superior performance from German import Mawingo on a firmer surface in Saturday’s Doomben Cup.

Clearly expectations were high for Mawingo on the Gold Coast, despite him being a notable drifter on course.

Freedman issued an “OK” when quizzed on Mawingo’s third immediately after the Hollindale, indicating connections expected him to just about win that race.

“I think clearly he just didn’t handle the ground and didn’t perform up to expectations on that ground,” Freedman said yesterday.

“We need a good track Saturday to do our best.”

Freedman said it was “difficult to say” whether Mawingo was quite ready to topple the likes of Manighar on Saturday, but he certainly was not running away from the challenge.

“Manighar is in good form. He’s beaten the best that is around at the moment,” he said.

“I’m not saying we can or we can’t (beat him). I’m just happy with the horse and I hope we get good ground.

“He hasn’t gone backwards since the Gold Coast. He’s probably a little bit fitter and you have to remember it’s only his first prep here and he’s going to be better next time in.”

Freedman said it would be unfair to compare Mawingo with fellow German Lucas Cranach, because imports tend to improve at their second preparation in Australia.

“One horse has the runs on the board and this horse is still finding his way,” he said. “Until we get him probably out to a mile and a half on good ground, we won’t be able to compare them.

“He’s only been off the plane about four months, so you have to keep it in perspective a bit.”

A win in the Doomben Cup will assure Mawingo his place in the Caulfield Cup, which has been the whole aim of the Queensland trip.