Mawingo To Race In Singapore 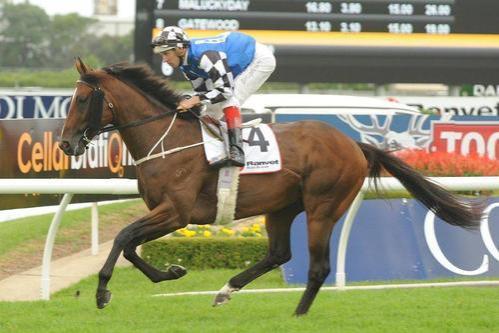 Wednesday, 17 April 2013: Australian galloper Mawingo has been supplemented to the $3 million Singapore Airlines International Cup over 2000m at Kranji on May 19th.

The German-bred import by Tertullian will race under Michael Freedman’s name and will remain in Singapore following the race.

Prepared in Australia by Freedman’s brother Anthony, Mawingo had 11 starts following his arrival from Europe including victory in the G1 Doomben Cup n Brisbane last May.

Michael Freedman said following the SIA Cup Mawingo will spell and then be aimed at the G1 Singapore Triple Crown Series at the end of year which incorporates the Kranji Mile (1600m), the Raffles Cup (1800m) and the Longines Singapore Gold Cup (2200m).

“I met with the owners in Sydney at the recent yearling sales and they felt the horse had met his mark in Australia,” said Freedman.

“They take a keen interest in racing in Singapore and asked me to put forward some options for them to consider following the SIA Cup.

“I had a good talk with Anthony about the horse and he thought the option of sending him to Singapore for SIA Cup and the bigger races later in the year sounded reasonable.”