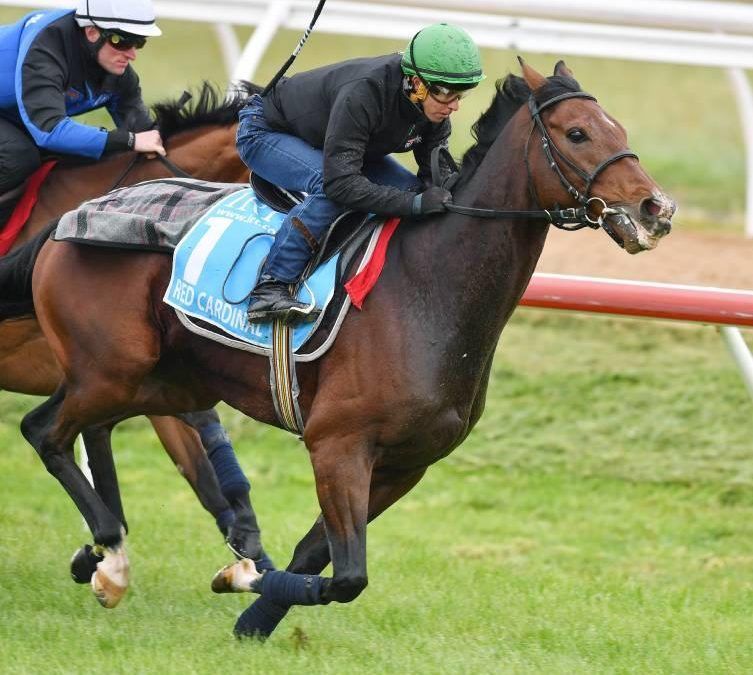 For Hunter syndicators Australian Bloodstock, the goal is to have a winning chance every year.

The company, founded and managed by Luke Murrell and Jamie Lovett, rose to international attention with Protectionist’s stunning 2014 Melbourne Cup victory. They have also featured in the race with Illustrious Blue (ninth in 2010), Lucas Cranach (third in 2011), Big Duke (fourth in 2017) and 2018 runner Red Cardinal (11th in 2017).

And while Red Cardinal will be an outsider on Tuesday, Australian Bloodstock’s assault for next year and beyond has already begun.

Murrell and Lovett search the world for proven stayers and last week they bought four – their most ever – from the Tattersalls Autumn Horses in Training Sale in the UK. Loveisili, Candidate and Occupy will go to premier Newcastle trainer Kris Lees, while Urbino will head to Darren Weir.

In the same week, they bought French stayer Saunter, which is also going to Weir. On the Cup program, Chris Waller-trained Shraaoh will debut in Australia for the syndicate over 2800m with hopes of featuring in the main race next year.

Australian Bloodstock have competed in many top races around the world, including with Brave Smash running both times in the richest race on turf, The Everest. Murrell, though, said the Melbourne Cup remained the pinnacle.

“We’ve had Protectionist, and Lucas Cranach before that, and even Big Duke running fourth last year, that was good for those owners. We just need to get a few more.

“Everyone wants to win the Melbourne Cup. There’s not one person who says they don’t care about that race.”

Torcedor was Australian Bloodstock’s great hope this year before illness stopped his trip Down Under but Red Cardinal will still represent.

“If we had the other one I would have been extremely confident we could win,” Murrell said. “But if there’s a bit of rain around, I think Red Cardinal can run top five.

“He got sick and couldn’t come out in 2016, then last year he chipped a knee in the race, so he had excuses. He’s only ever been trained for this race. He gets the blinkers on and he gets his chance. At least he’ll stay, whereas a lot of the others won’t.”

“I thought he would have won that year [in 2016], and this time last year he was favourite for the race, so he’s at that level. He probably doesn’t look it at the moment but his coat has taken a while to come through.”