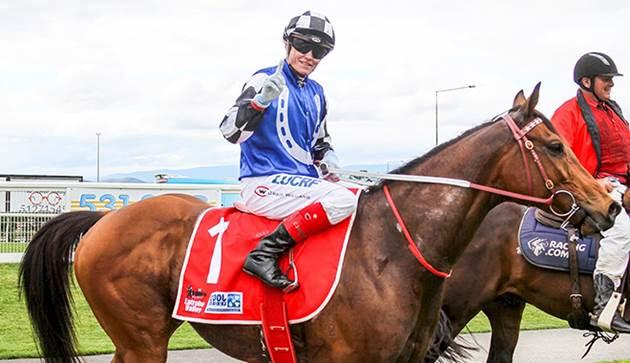 Tuesday’s Melbourne Cup field could be in for a significant shake-up this Saturday with two horses that have yet to even pass the first ballot conditions for the race, set to make bold 11th-hour bids to secure spots in the field.

In total, there are 47 horses remaining in the hunt for the $7.3 million purse and only three of those – Azuro, Sixties Groove and Thinkin’ Big – have not met the qualifying conditions for the race.

But both unqualified horses Thinkin’ Big and Sixties Groove will have plenty of support from punters as they attempt to force their way into Tuesday’s feature when they race at Flemington on Saturday.

For Thinkin’ Big, a win in the Victoria Derby – a race for which he is hot favourite – is likely to be enough for the three-year-old to be paid-up for on Saturday evening for next Tuesday’s big one while the market for Saturday’s Lexus Stakes suggests Sixties Groove might be one of the Cup’s unlikely bolters.

Sixties Groove, who is one of seven stayers trained by Darren Weir to remain in contention for a Melbourne Cup start, is to be ridden by Craig Williams on Saturday and already has had support in the early markets, firming into single figures after drawing barrier four for Saturday’s race.

Sixties Groove, who was purchased by Australian Bloodstock last year, won two races in Melbourne over the winter before a short break. He resumed with a placing at Ballarat in September before taking the Moe Cup earlier this month.

Sixties Groove is one of 13 horses to contest the Lexus, with Weir also running Gallic Chieftain and Yogi in the final ballot-free race into the Melbourne Cup.

Meanwhile, trainer Chris Waller has confirmed his Metropolitan Handicap winner Patrick Erin was still in the race for a Melbourne Cup start despite being scratched from Wednesday’s Bendigo Cup with a minor elevation in temperature.

“Whilst this temperature remained within normal parameters, it was decided to err on the side of caution and scratch him from today’s event,” the Waller release read.

“We will take a blood sample from Patrick Erin tomorrow (Thursday) and that will determine if he runs on Saturday at Flemington in the Lexus Stakes with the view of qualifying for the 2018 Melbourne Cup.”