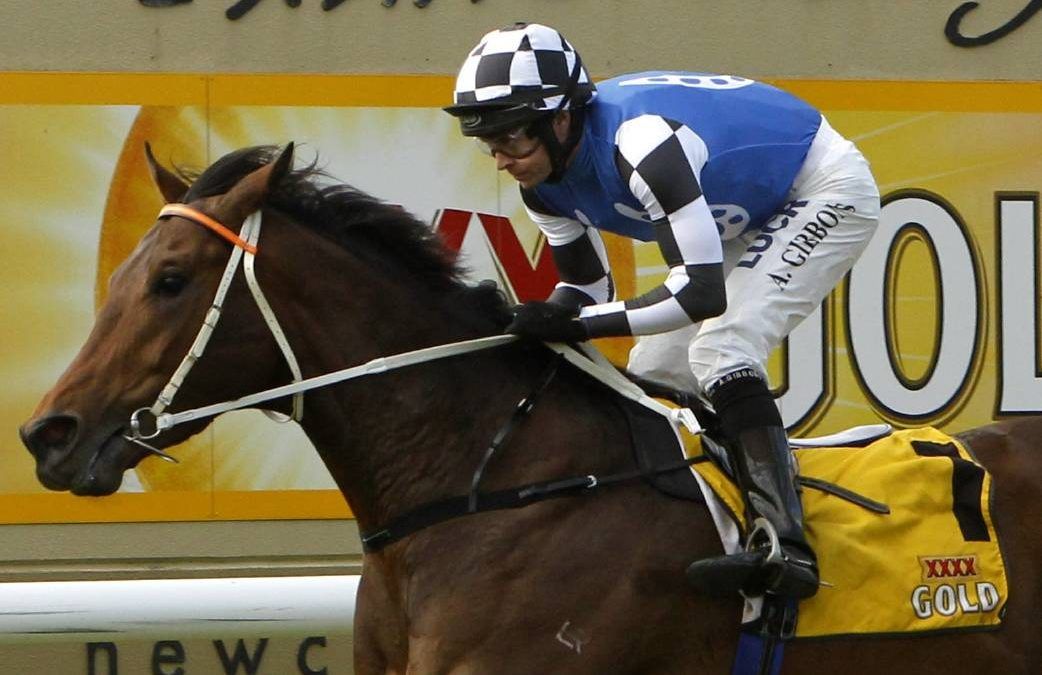 Newcastle jockey Andrew Gibbons has come away impressed with Melbourne Cup contender Mustajeer after taking him through his last serious work before next Tuesday’s race.

Gibbons made the trip to Sandown on Monday for Tuesday morning’s track gallop after race jockey Damien Oliver was unavailable.

“It was obviously the first time I’ve laid eyes on him, and he’s a bloody nice horse,” Gibbons said.

“We did long, searching work today, a really good gallop, and he was very good late, which is what you want to see going to a race with some distance.

“He was pretty impressive. I just sat off his mate and let him gradually build to it and when I asked him to slide past him, he really put him away and kept going away.

“Times all said the work was as good as it felt. Kris was happy with the way he pulled up, so now it’s just a matter of ticking him over until next Tuesday.”

He was also impressed with the seven-year-old’s condition.

“He’s unbelievably good-winded,” he said. “He pulled up after a pretty strong gallop and you could hardly hear him.”

Oliver was set to put Mustajeer through pace work late this week. Mustajeer was $26 into $17 with the TAB for the Cup on Tuesday.

Gibbons said Lees travelling foreman Cameren Swan deserved a lot of credit for looking after the import but it was “nice to help in a little way and be involved with those types of horses”.

“I’d love nothing more than to see the Australian Bloodstock guys win another Melbourne Cup,” he said of the Hunter syndicators who won the 2014 edition with Protectionist.

“They’ve been great supporters of mine and they put a lot into racing.”

Mustajeer worked without earmuffs on Tuesday and will not race in them in the Cup, after they were used in the Caulfield Cup when he finished sixth.

This story originated at newcastleherald.com.au