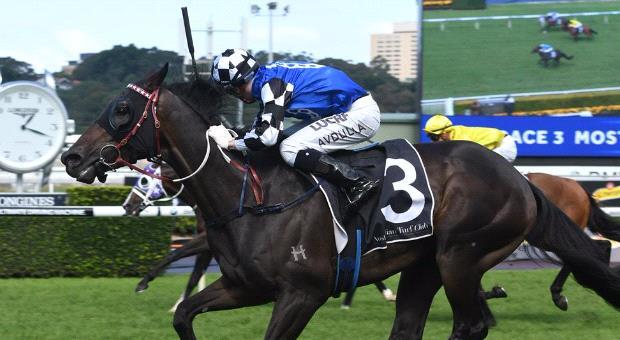 Champion Kiwi trainer Murray Baker has dominated the Sydney three-year-old staying features during the autumn carnival and he again played his part in the outcome of the $150,000 Group III Frank Packer Plate (2000m) at Randwick on Saturday.

They were also the trainers of Mongolian Wolf until the three-year-old was purchased recently by Australian Bloodstock and having his first start for Darren Weir, the gelding by Pluck recorded his fourth win from nine starts on Saturday.

“I can’t take all the credit there, I’ve only had him for two weeks,” Weir said. “A big thanks to Murray for the order the horse came over in.

Mongolian Wolf cruised up in the early part of the straight and looked destined to score an easy win but it wasn’t until the latter stages that he put the issue beyond doubt.

“He’s a nice horse and he did everything right for me for three quarters of the race,” winning jockey Brenton Avdulla said.

“I thought I was going to win by a lot further at the top of the rise but he got there and got a bit lost.

“I’m sure there’s still plenty to come under the hood.”

Mongolian Wolf ($6) defeated Chris Waller’s Veladero ($7.50) by 1-1/4 lengths with a long neck back to the Anthony and Edward Cummings-trained Screamarr ($9) in third.

The $2.10 favourite Acatour was never a factor in the race settling back near the tail of failing to make any ground.

“Very disappointing, he copped a slight check at the jump and got a bit further back than I wanted, but he was beaten a long way from home and didn’t run on,” jockey Blake Shinn said.

“The way he went today you’d have to say he’s on track for that.