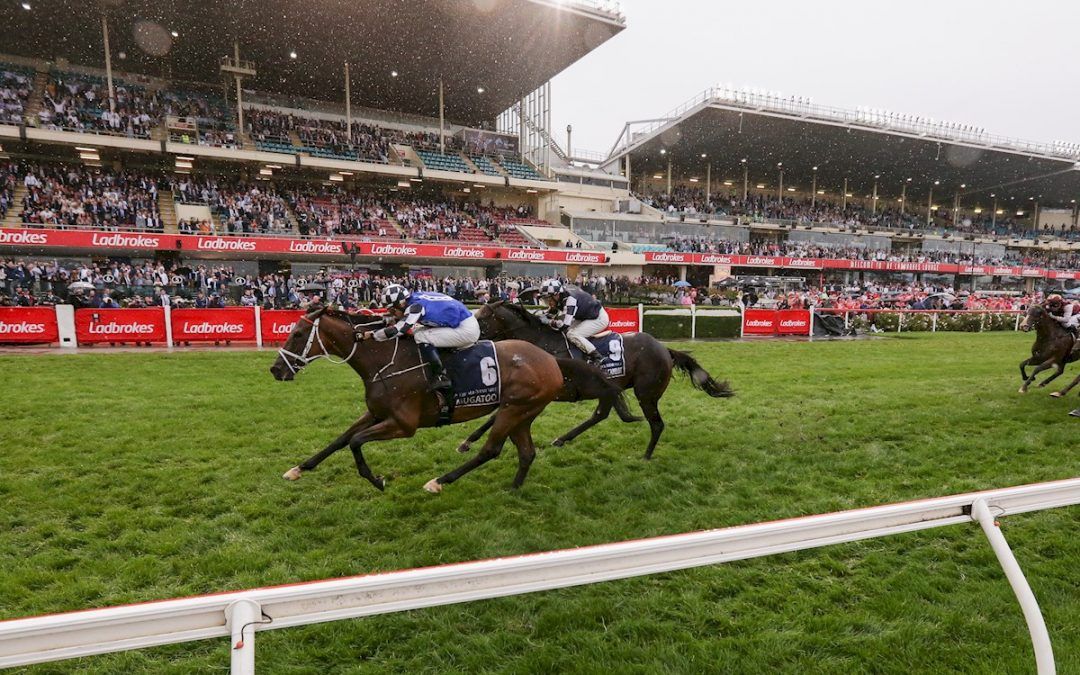 Jamie Lovett and Hugh Bowman are both anticipating Mugatoo will give a truer account of himself when he contests Saturday’s eagerly anticipated $4 million Group 1 Longines Queen Elizabeth Stakes (2000m) at Randwick.

Australian Bloodstock co-director Lovett is surprised The All-Star Mile winner is being written off by some ahead of the Queen Elizabeth, believing the race is merely a rematch between the Ranvet Stakes quinella of Verry Elleegant and Addeybb.

“They’re very quick to jump off him on the strength of one run and he got beaten a length-and-a-half in a Group 1 handicap giving weight away to some good horses,” Lovett said.

“Ultimately, I don’t feel he’s been to his best trip this prep, Kris (Lees) has done an amazing job to keep him at a mile, he’s a 2000-metre horse.

“He kept him at 1600 metres for The All-Star Mile and then we lost the Golden Slipper meeting and so we had an extra week to keep him fresh, but we were always worried that he may not stay fresh for the mile.

“He just raced a little bit dour that last 50 metres in the Doncaster, he raced like a 2000-metre weight-for-age horse and that’s what he is.

“I think Verry Elleegant is the best horse in the country by a margin but I’m sure if her or Sir Dragonet ran in the Doncaster the other day, you could make a case they wouldn’t have finished too far in front of where he finished.”

Bowman has ridden Mugatoo three times for two wins, guiding him to success in last year’s Listed Winter Challenge (1500m) at Rosehill in July before successfully reuniting with the gelded son of Henrythenavigator in the $5m All-Star Mile at The Valley on March 13.

Bowman, who has won the Queen Elizabeth Stakes four times since 2013, acknowledged that Mugatoo performed ‘a little bit below expectations’ when he rode him in the Doncaster but indicated that he shares Lovett’s optimism ahead of Saturday, returning to 2000m for the first time since his fourth in last year’s $5m Cox Plate (2040m).

“We know that 2000 metres is his best distance, when he came over from the Northern Hemisphere he came over as a 2400-metre-plus horse but we’ve realised his best is around the 2000 metres,” Bowman said.

“We just need him to bounce off that run (in the Doncaster), back up well, and if he can do that he’s certainly in the mix.”

Mugatoo, whose best finish at G1 level was a second in last year’s Metropolitan Handicap (2400m) behind Mirage Dancer, has raced 19 times for nine wins and three placings with prizemoney of $3.3m.