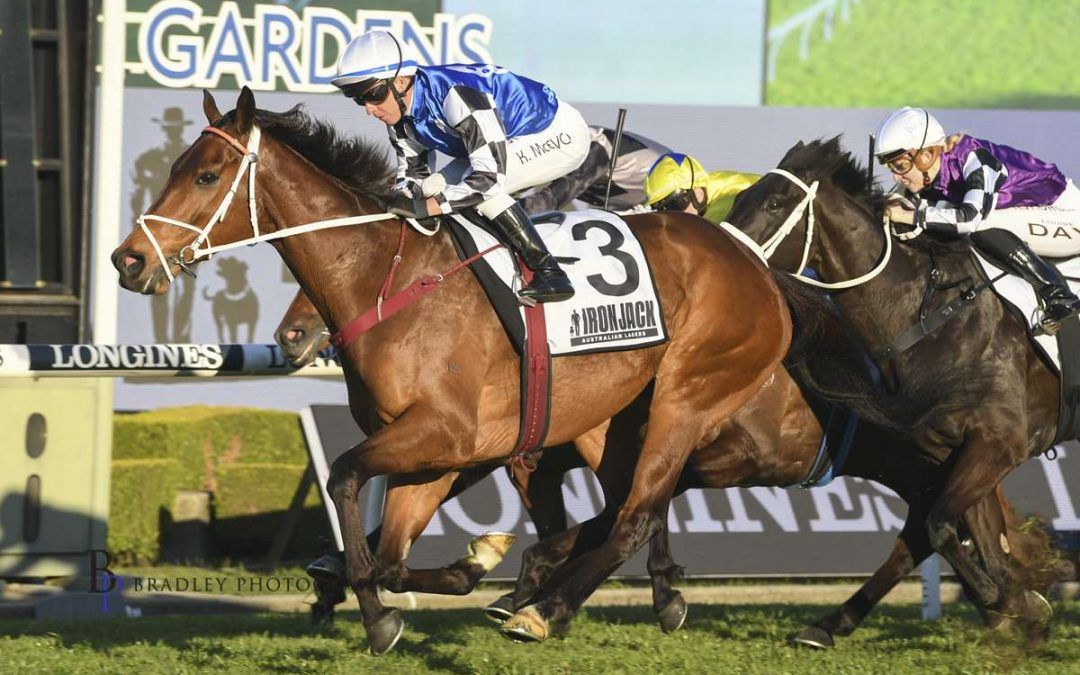 Trainer Kris Lees declared “everything is on the table” for impressive import Mugatoo following his Group III Premier’s Cup (1900m) success at Rosehill on Saturday.

Australian Bloodstock’s son of Henrythenavigator continued building on a strong resume in Sydney when he chalked up the biggest win of his young career in stylish fashion.

Jockey Kerrin McEvoy had Mugatoo perfectly poised midfield, one off the fence before presenting Lees’ import at the top of the straight and the five-year-old did the rest.

MUGATOO (Henrythenavigator x Elopa) sits closer than normal and adds an extra string to his already impressive bow! He's a very good horse and he was given a 🍑 by his mate @KPMcEvoy 💪 Great work @Leesracing and congratulations to our connections 👏 pic.twitter.com/PBwKKdd0Ys

“He has a lot of upside,” Lees said. “He just takes the right steps.

“It was another test for him today and he reacted well. I’m sure he will come on again from the run. He has a bright future.”

Mugatoo holds nominations for the Melbourne and Caulfield Cups as well as the Cox Plate but Lees insists he is yet to make a call on which path to take.

“I think it is best to stay in the handicaps while he can get in okay while there is no great rush,” he said.

“The Turnbull Stakes wouldn’t be a silly option but he will need a run before then too.

“He could end up in the Newcastle Cup in three weeks time which would then lead into the Metrop where he would still be alright at the handicap.”

Lees has been the dominant force among the training ranks in Newcastle in recent times but has never tasted success in his home Cup, which is staged at Group III level on September 18.

But McEvoy, who has ridden Mugatoo at five of his past six starts, believes the gelding could be better suited over shorter trips.

“He could be a nice chance in a quick run Epsom but I would probably lean that way,” he said.

“You could keep him fresh, going along at a good gallop with a light weight on his back and finish off well. His form reads winning over 2800, I’d say they have a hard decision to make. That might be the way to go.”