Mugatoo to take the hard road to Caulfield Cup in Ranvet 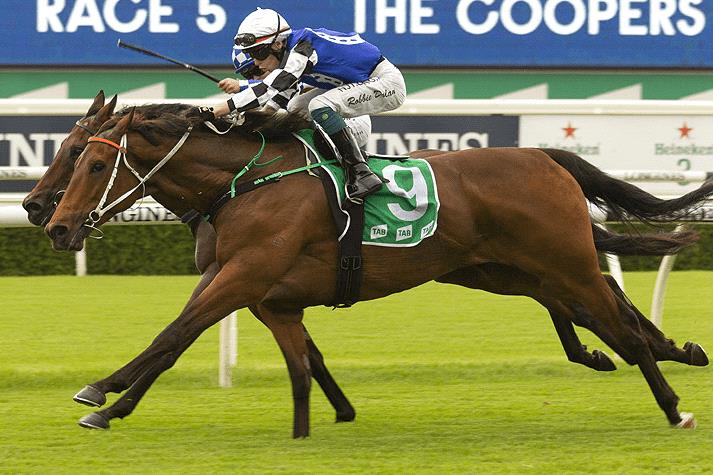 Connections will stick to the plan with Mugatoo rather than chase a guaranteed Caulfield Cup start in Saturday’s Listed Mornington Cup (2400m).

Mugatoo has burst onto the scene with three wins from as many starts in Australia. The five-year-old easily accounted for his opposition in the Listed Canberra Cup (2000m) at his last run on March 9.

Mugatoo is one of 23 entries for the $350,000 Mornington Cup but part-owner, Australian Bloodstock co-founder Luke Murrell, said a trip to Victoria is most unlikely at this stage.

Murrell said Mugatoo would probably tackle the Group I Ranvet Stakes (2000m), worth $700,000 but the Kris Lees stable has also entered him for the Group III Manion Cup (2400m).

“The (Mornington) nomination was just put in in case Sydney was called off because of wet weather or other issues,” Murrell said.

“We want to keep both the Queen Elizabeth and the Tancred Stakes open for him so at this stage, it’s most unlikely he’d go to Mornington.”

While Mugatoo would have been one of the main fancies had he run in the Mornington Cup, Murrell said connections were still confident the son of Henrythenavigator would qualify for October’s Caulfield Cup in his autumn campaign.

“We’ve obviously got a good opinion of him and we’re going to back ourselves that we can qualify him through the BMW or the Queen Elizabeth anyway,” Murrell said.

Should Mugatoo run in the Ranvet Stakes, it would set up an intriguing clash with another promising import, the Hawkes Racing-trained Master Of Wine.

The German-bred Master Of Wine has seen his stocks rise dramatically in recent times with four-straight wins in Sydney including two this preparation.

Master Of Wine easily won a Benchmark 100 when he resumed before strolling to victory in heavy conditions in last Saturday’s Group III Sky High Stakes (2000m) at Rosehill.