Mugatoo’s win in the All Star Mile a life changer! 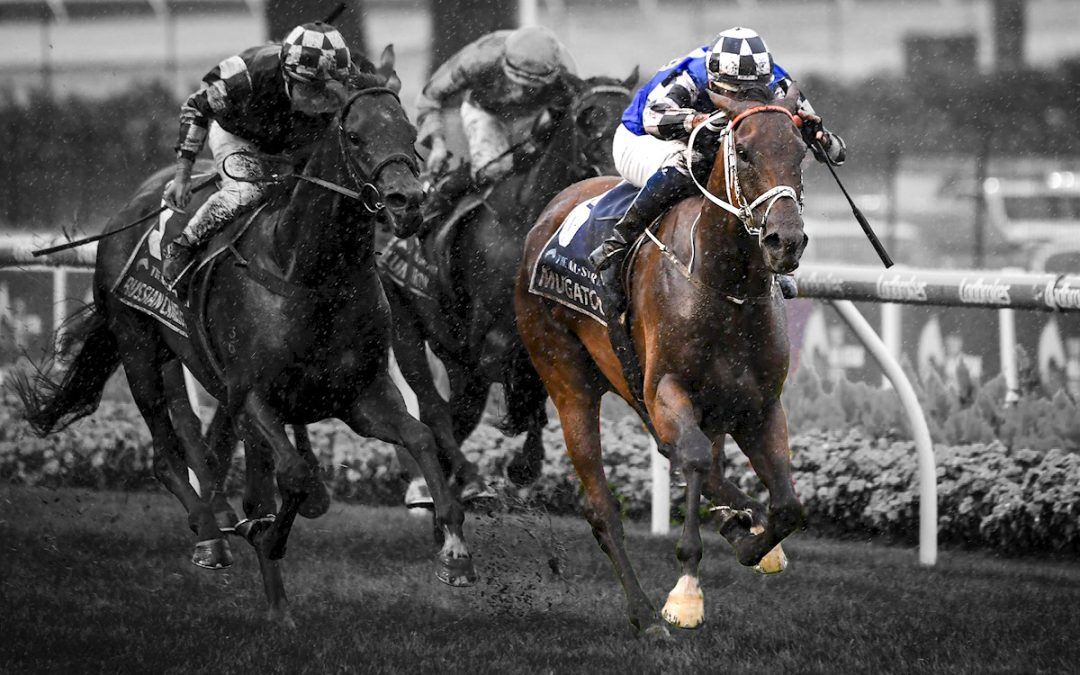 Matt Forys and his wife Amanda have had their lives changed forever with the victory of Mugatoo in the $5 million All-Star Mile at The Valley on Saturday.

The couple won a competition run through the TAB and were the winning owner ambassadors, collecting a $250,000 prize with Mugatoo’s win.

Each horse was assigned an owner ambassador with owners sharing in a $500,000 prize pool, while Mugatoo’s owners, including Australian Bloodstock, share the $2,337,500 first prize cheque.

Mugatoo, trained in NSW by Kris Lees, received one of four wildcard entries and was ridden to victory by Hugh Bowman in a slogging finish from Russian Camelot under Damien Oliver.

“This (money) couldn’t have come at a better time,” he said.

“We’ve got house plans and it’s just going to make a hell of a lot of difference.

The pair watched the race together as the rain fell heavily and Amanda felt the race went so slowly.

“It is unbelievable,” she said.

“He (Matthew) turned to me about halfway through and we looked at each other and thought ‘no, it’s not happening’.

“Then as quick as that it was all over.

“We always thought this horse was a legend and what a ride by Hughey!