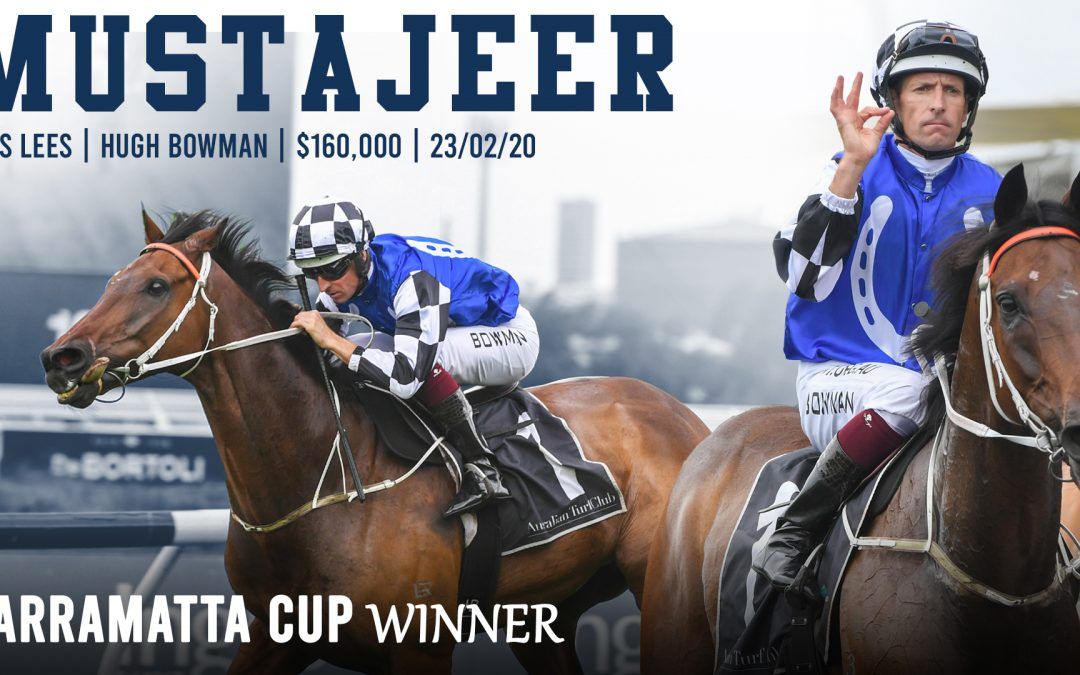 Mitch Cohan – racenet.com.auHugh Bowman knew going to the barriers that Mustajeer was a good thing in the Listed Parramatta Cup (1900m) at Rosehill on Saturday.

“I said Jason Collett who was on the stablemate (Red Cardinal) on the way to the barriers that I haven’t had a horse feel this good on the way to the gates for quite some time so it’s quite exciting,” Bowman said.

Mustajeer highlighted the class that saw Australian Bloodstock snap up the British import for a Melbourne Cup campaign last year with an impressive performance to start his second Australian preparation.

Bowman had a lapful of horse turning from home and made his move on the corner, taking Kris Lees’ son of Medicean to the front.

Mustajeer ($7) tired late but did enough to hold off the Chris Waller-trained Eastender ($19) with Lees’ Red Cardinal ($11) five lengths back.

“Although I didn’t ride him there, I did pay attention to him and he did get himself very worked up close to the race.

“I have so much admiration for Kris and his team, the way they have managed to settle down within himself.

“To perform like that, albeit in inferior company spells good things for the autumn.

Lees has only had Mustajeer for his two Melbourne starts but is getting a better handle on the import heading into the autumn.

“It was really pleasing to see him track into a race like that,” Lees said.

“He has had no trials. He has had a few gallops at home.

“It is very pleasing. Australian Bloodstock paid a lot of money and things didn’t really go right in Melbourne.

“I was really happy with the way he paraded today.

“As I have said a few times, he was a bit of a handful on raceday but the staff have done a really good job with this horse to get him relaxed. I think that helped today.”

Lees said he plans to look towards the Group I HE Tancred Stakes later in the autumn.