Newmarket next for Brave Smash? 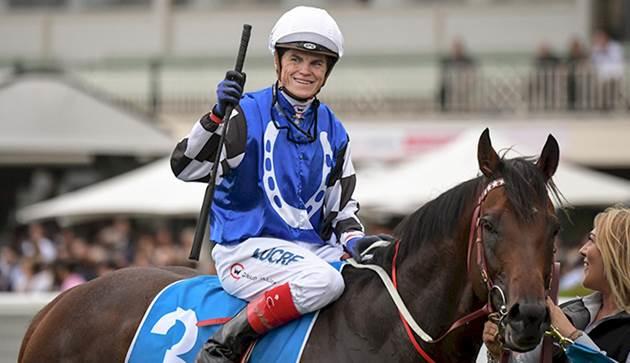 A Newmarket Handicap tilt is now being considered for last Saturday’s Futurity Stakes winner Brave Smash as the owners of the former Japanese galloper look to maximise the future stallion’s worth.

Brave Smash began his 2018 campaign with the 1600-metre Doncaster Handicap in Sydney in April as his primary aim, but Jamie Lovett from Australian Bloodstock said on Monday that discussions were to take place that could see the galloper drop back to the 1200m of the $1.25 million Newmarket at Flemington on March 10.

“The way Craig (Williams) was talking after the race, the Newmarket has to be considered for the horse,” Lovett said.

“It’s an important decision because if he could win a Newmarket, thenumbers (his value) will change and so commercially we have to be conscious of that now because after the weekend, we’ve had some inquiries (from studs).

“Our job is to get the best result for the owners and certainly from the horse’s perspective, he’s only hitting his form so we’re duty bound to at least have a look at a race like that.

“Also (stablemate) Tosen Stardom will be going to the Blamey Stakes next and I don’t want them to clash if they don’t need to so there’s a bit to sort through.”

Lovett said there was another reason as to why Brave Smash might be kept to the shorter distances and have a lighter autumn than initially planned.

“We’d love to secure an Everest slot early because it would just give us a few options the way Darren (Weir) trains the horse and how deep we go on with him this autumn,” he said.

Brave Smash finished third in the inaugural The Everest in Sydney last October.

Lovett said fellow Japanese galloper Tosen Stardom, who finished second in the Futurity, would stick to his original plan of a run in the Blamey Stakes at Flemington in three weeks before two runs in Sydney taking in the Doncaster Handicap at Queen Elizabeth Stakes.