Oceanus To Debut At Geelong Today 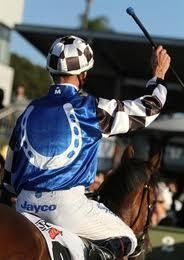 The Anthony Freedman-trained Oceanus (More Than Ready-Oceanfast, by Monde Bleu), a half-brother to super mare Alinghi, will debut today in the Heath Conners Racing Stables Maiden Plate (1100m) at Geelong. The 3YO colt, which was passed in at the 2012 Inglis Sydney Easter Yearling Sale, will race in the colours of Luke Murrell’s Australian Bloodstock which is part of a syndicate that also includes the colt’s breeder Yarraman Park. Alinghi (Encosta de Lago – Oceanfast, by Monde Bleu) was a gifted mare winning 11 of her 18 starts including Gr1 victories in the Blue Diamond Stakes, Thousand Guineas, Swettenham Stud Stakes (now the Robert Sangster Stakes) & Newmarket Handicap, where she defeated sire sensation Fastnet Rock down the famous Flemington straight. The daughter of Encosta de Lago also campaigned in the US where she claimed the Gr3 Ballston Spa Handicap at Saratoga at her penultimate start, before bowing out unplaced behind Host in the Gr1 Keeneland Turf Mile. Apart from Alinghi, Oceanfast has also produced her stakes-placed siblings Slice Of Paradise & Perfect Persuasion, the dams of Gr1-placed Beneteau & the stakes-placed Papillon respectively.