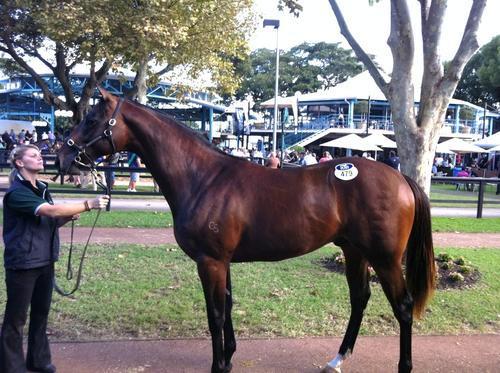 Australian Bloodstock has recently purchased the TOP PRICED Lot for the First Season Sire in Librettist at the Easter Sales. When you see the horse and then look at the pedigree you will understand why he was purchased . Clean on Xrays he has a terrific overstep, walks through himself amazingly well and has a rear end the size of a bus. He is a DUDE and has a real presence.

He comes with a real chance to be a Stallion as his dam is proven a huge success at Stud. Already from just 2 foals to race she has thrown 2 Group horses.

The first is named Divorces who is already Group 1 Placed and has a nomination for the Group 1 AJC OAKS or the Group 1 Doncaster Handicap and is already a Group 3 Winner and is early favourite in these big Group 1 races. She is Outstanding !! and in our opinion is a Group 1 Class horse.

Her Second raced horse is called Disputes. In just 3 starts she is already listed placed and Group 2 placed .

As you can see for a Dam to through two Group horses in two efforts she certainly is looking like she passes on all the right genes.

Librettist has started very well in Europe and just like UATE is bred on the proven line in Australia being Danzig. Librettist was exceptionally quick at 2 years old and then after being injured he returned after over 12 months off and won Multiple Group 1 races and finished his career with 7 wins from 10 starts and was named Champion Miler.

Out of over 500 horses we looked at at Easter this colt was our pick and we were prepared to pay more.

According to one of Inglis main bloodstock agents this horse was very unlucky to be positioned where he was in the catalogue. If he was positioned early in the week we are positive he would have bought twice what he did.

Kris Lees will train the Colt in Newcastle.