Out Of The Blocks At Trials 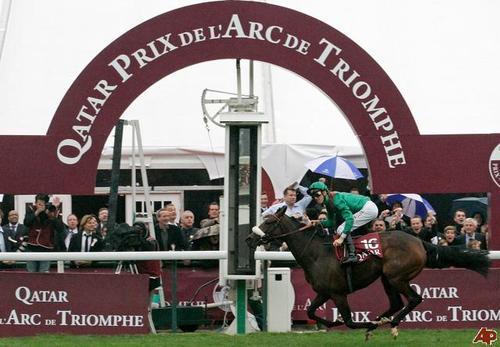 Bred by Gestut Bona and prepared by Peter Schiergan, who also puts the polish on last year’s superstar Lomitas filly Danedream (winner of the Arc), Salomina raced in the colours of her breeder for the last time and won the mile and three furlong classic by three and a half lengths from her stablemate Nymphea, a daughter of Dylan Thomas.

Salomina looks a very exciting prospect and is unbeaten in winning each of her four starts to date.

Salomina is bred on a similar cross to Lomitas best performer Danedream, who is from a Danehill mare as she is from a daughter of Danehill’s son Tiger Hill in Saldentigerin.

The Champion German Filly in 2004, Saldentigerin comes from a big Black Type family and is a sibling to five stakes horses.

A decision on whether Salomina comes to Australia for the spring racing or remains in Europe for a tilt at the Arc is yet to be announced.

“It is up to the new owners to decide and she will probably later be trained by Antony Freedman. I hope that she stays with me for the rest of this season,” winning trainer Peter Schiergen told Racing Post.