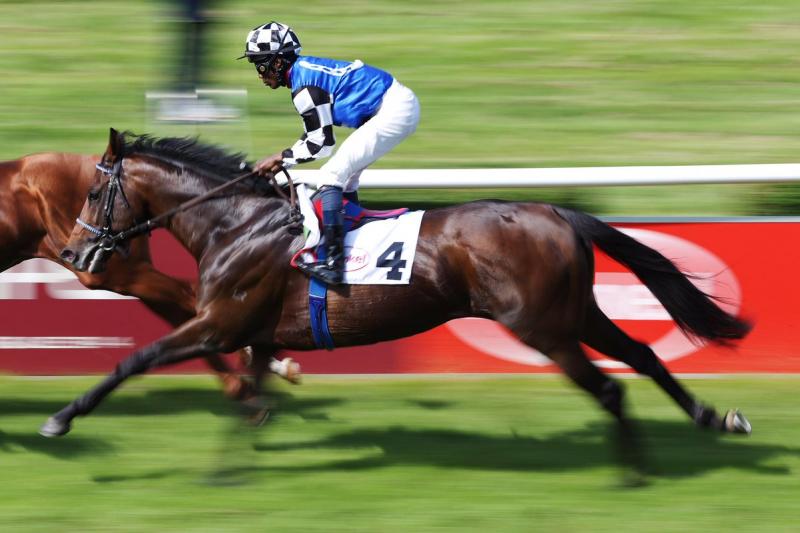 Protectionist strode to a four-length win in the 2014 Melbourne Cup but a bone condition meant the German-bred galloper struggled to adapt to Australian racing last year before his owners sent the stallion back to his previous trainer Andreas Wohler to race in Europe.

“He’s got a condition where his body is just growing new bone all the time,” Australian Bloodstock co-founder Luke Murrell said.

“The tracks over here were making him feel the new bone and the advice was to give him an extended period off so it can settle down or race him on wet tracks.

“That’s why we decided to send him back to Germany and race him over there.”

Wohler kicked off Protectionist’s 2016 campaign in the lowly Commerzbank Cup over 2200m at Dusseldorf, which was worth €4,000 ($A6188), less than one-thousandth of the 2014 Melbourne Cup prizemoney.

Protectionist came from off the pace to dispose of his five rivals, scoring by three lengths, with German Group I winner Empoli in third.

“It’s just great to see him back,” Murrell said. “It was the right race to kick him off but Andreas was very nervous before the race.”

Murrell said Wohler would give Protectionist time to recover from his first-up run before the entire started in the Group II Hansa Preis (2400m) at the end of the month before a likely run in the Group II Prix Kergorlay (3000m) at Deauville in August.

Protectionist won the Prix Kergorlay on his way to his Melbourne Cup triumph. Murrell said that race would be the key event to deciding whether the rising seven-year-old would return to Australia.

“There’s not a whole lot over in Germany so he’ll probably end up in France and then assess him whether he comes back for a Melbourne Cup or not,” Murrell said.