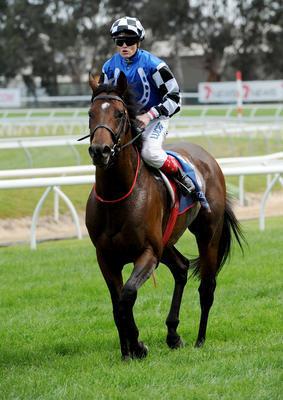 Protectionist is in excellent condition leading into the 2014 Melbourne

Yet to secure a victory in Australia’s headline race, Moore delivered an exceptional ride on Adelaide in the Cox Plate for victory; a performance which added to Protectionist’s instillation as outright second favourite for success in Melbourne Cup betting markets.

Yet to partner the Monsun entire competitively, Moore immediately jetted to Los Angeles for this weekend’s Breeders’ Cup meeting at Santa Anita following his Cox Plate triumph and said that while yet to focus all his attention on the Melbourne Cup, he is confident Protectionist’s recent work and results will translate to a successful tilt next Tuesday.

“I’ve got to do the job this week and you’ve got to keep moving forward,” Moore told The Age.

“I haven’t ridden (Protectionist) before, but he had good form in Europe and ran a nice race in the Kergorlay and Andreas (Wohler) is an excellent trainer.

“He mapped this horse out for the race from a long way out and I was delighted he asked me to ride the horse.

“He ran a nice trial in the Herbert Power and I don’t know how strong the form was, but there’s some horses out of the race running on the weekend so that will give us a better idea.”

Finishing outside the places just once in his nine race career so far, highlighted by four impressive victories, Protectionist has received an ideal lead-in to the 2014 Melbourne Cup this year; finishing second in each of the Listed Preis von Dahlwitz (2011m) and Group 3 Grosser Preis Der Badischen Unternehmer (2212m) before securing victories in each of the Group 2 Hansa-Preis (2413m) and Group 3 Prix Kergorlay (3000m) and France’s Deauville course on August 24th.

Having finished a credible fourth in the Group 2 Herbert Power Quality (2400m) in his maiden Australian appearance last time out on October 11th, Protectionist is currently available at odds of $7 for success in the Melbourne Cup at Ladbrokes Australia; second only to classy Japanese raider Admire Rakti ($4.80) who claimed outright favouritism for the Melbourne Cup after his impressive Caulfield Cup victory on October 18th.